In perfect footy conditions our boys had a strong win.

All credit to Riverton/Piara Waters though as they provided a spirited opposition for the entire game.

It was good to hear our boys talking more on the field, showing improved shepherding skills and sharing the scoring opportunities.

The year 7 Tigers lost to Booragoon at Karoonda Reserve

Going in to round 6 we were on equal points but sat ahead of the  Fremnatle City Dockers on percentage.

Round 1 saw them take the win by just 3 points. We knew we could turn the tables, and that we did.

After a bit of a slow start, we got out to a healthy lead in the 2nd booting 5 goals 3,  holding Fremantle City Dockers to just 1 goal 4 for the quarter.

Our pressure around the ground was tremendous. Full credit to all players this week – at times it was a bit of a pressure tank out there.  But our boys pushed through and we are just so proud of their effort.

Special thanks to Kai Griffin (of Year 7 Panthers) for stepping up this week – Kai you certainly looked very comfy out there! 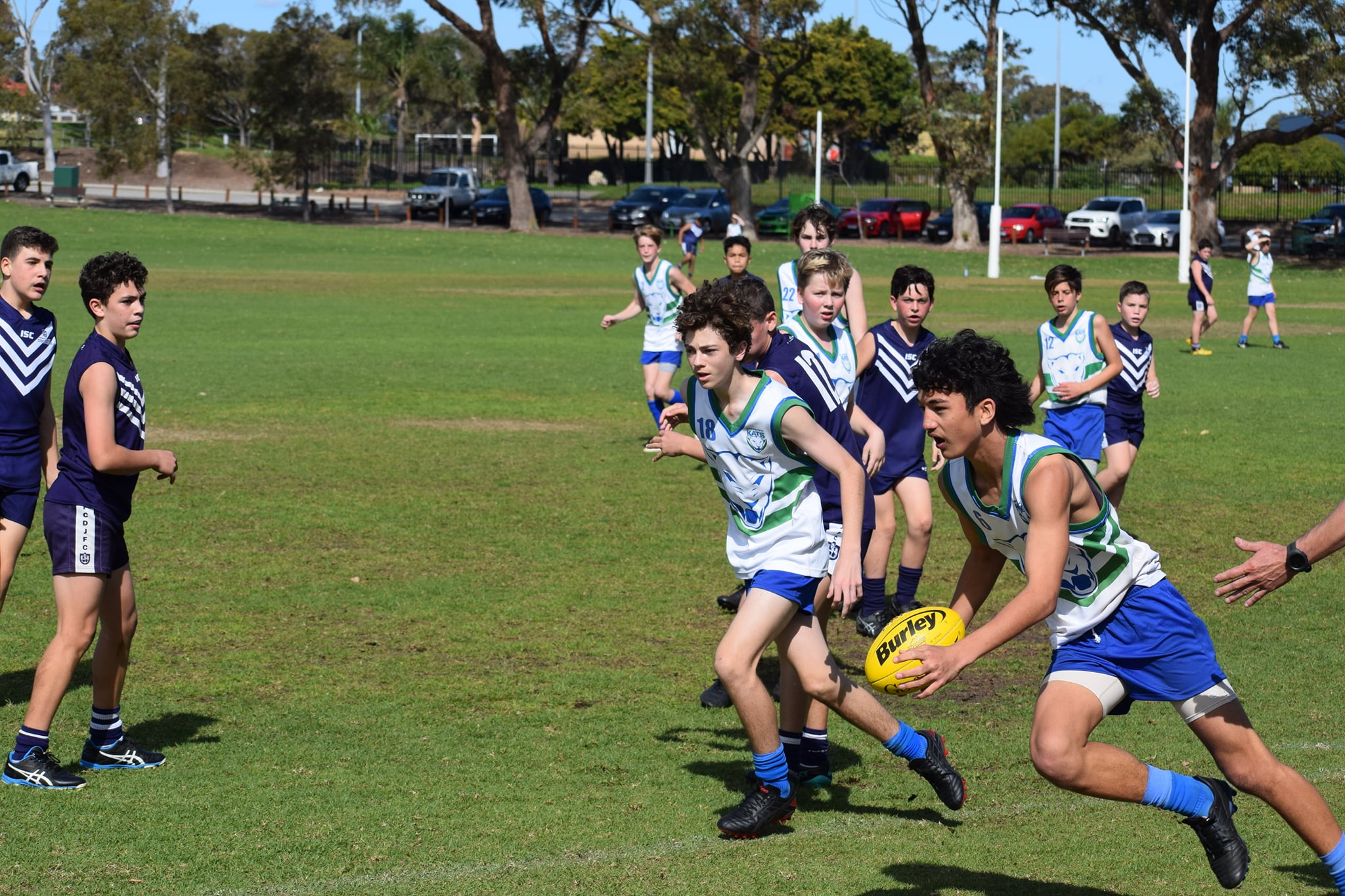 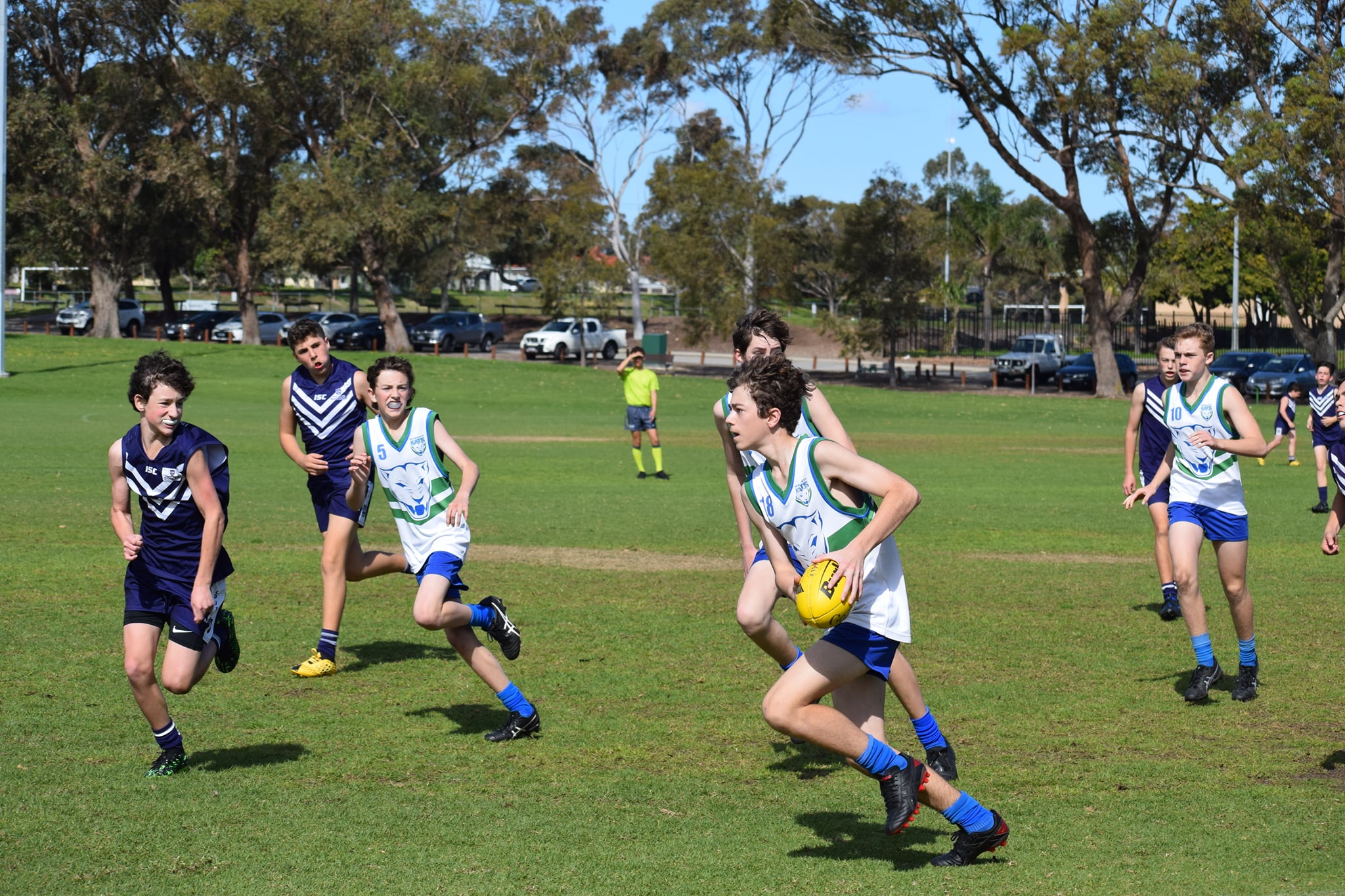 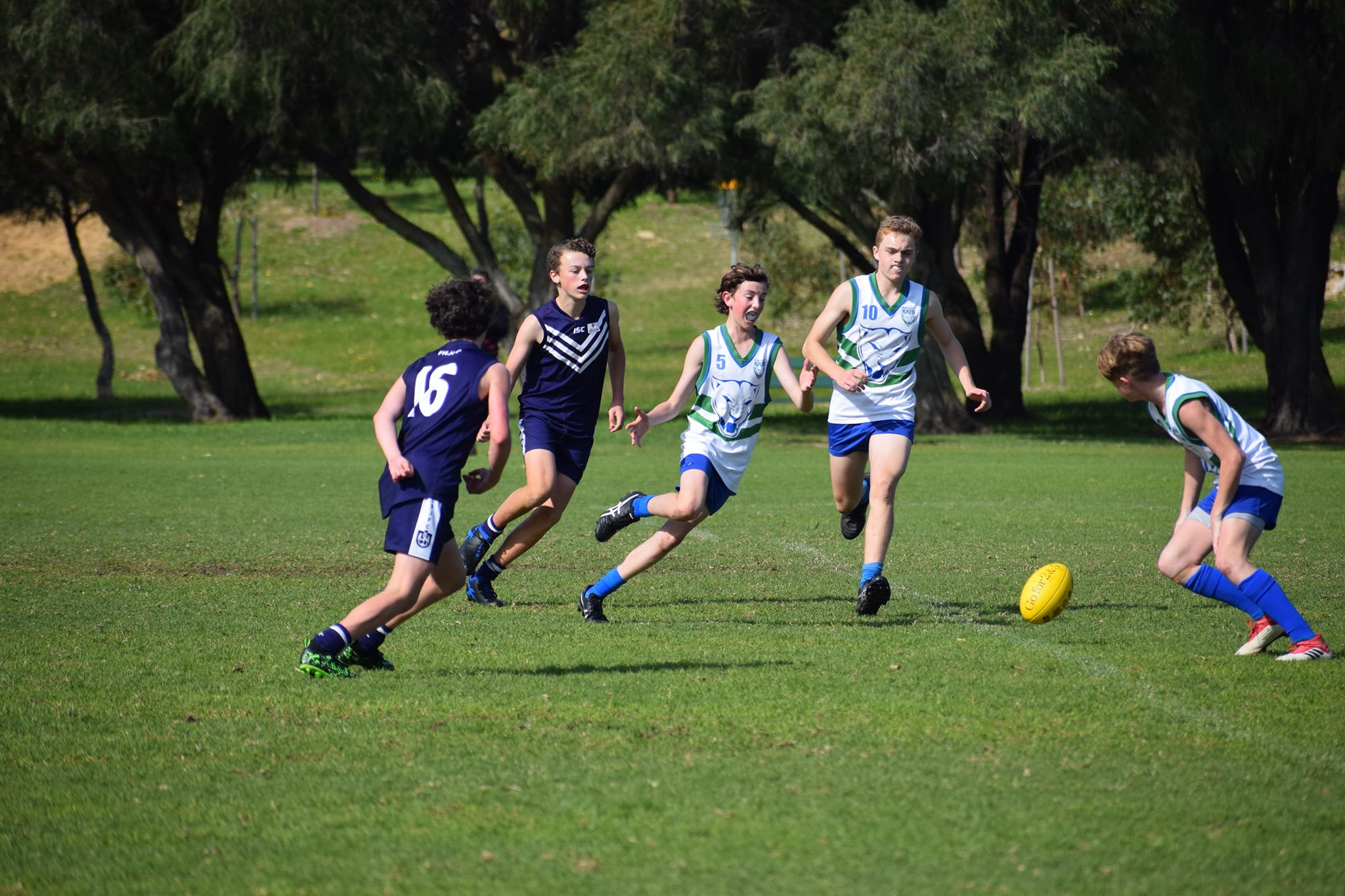 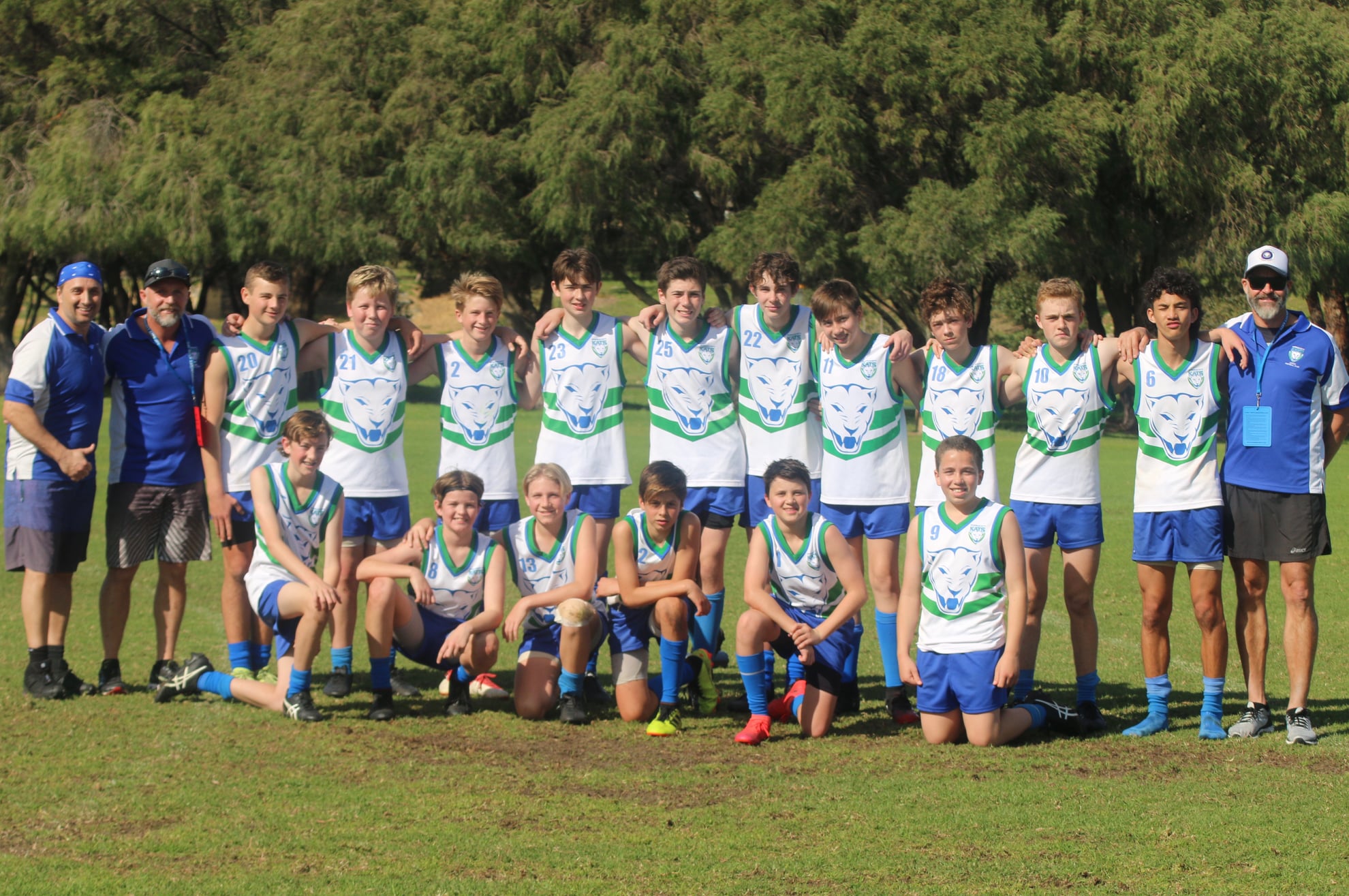 Bruce McAvaney would have said “SPEECCIAL” and Brian Taylor would have let rip a “Boy Oh Boy Wowee!” – what a game, what a result.

Canning Vale entered the round 6 fixture vs the Kats with a percentage of 495% having destroyed their first five opponents in season 2020. Unperturbed, the Kats pre-game prep talk was about belief, to be brave, to take risks, to take the game on at any opportunity and to put into action our first significant tagging operation.

The Kats rocked Canning Vale early with magnificent direct play straight up the ground and matched it with bone crunching defensive tackles resulting in a 1 point lead at quarter time.  Could it continue – you bet it could!

The team’s run of significant injuries continued early in the second quarter, when Hayden broke his wrist.  Down to 15 fit players and no bench, the boys managed to extend their lead to 2 points at half time.

Canning Vale held the tiring Kats goalless in the third and at the same time kicked three of their own giving them a 16 point lead going into the 4th quarter.  The Kats however, refused to surrender.

A goal apiece early in the fourth kept the margin at 16 points at the 7 minute mark of the quarter.  Then two quick ones from the Kats in five minutes made it game on with three minutes to go.  The ball went end to end with both teams not giving an inch.  Finally, the boys were able to finish a beautiful piece of team play down the far wing with a shot on goal.  It never looked like missing.  2 points up with less than a minute to play.  The siren sounds and the celebrations commence.

This was the most complete game played by the Kats and their confidence will certainly be boosted knowing they can beat the best when they play to their potential.  Well done boys! 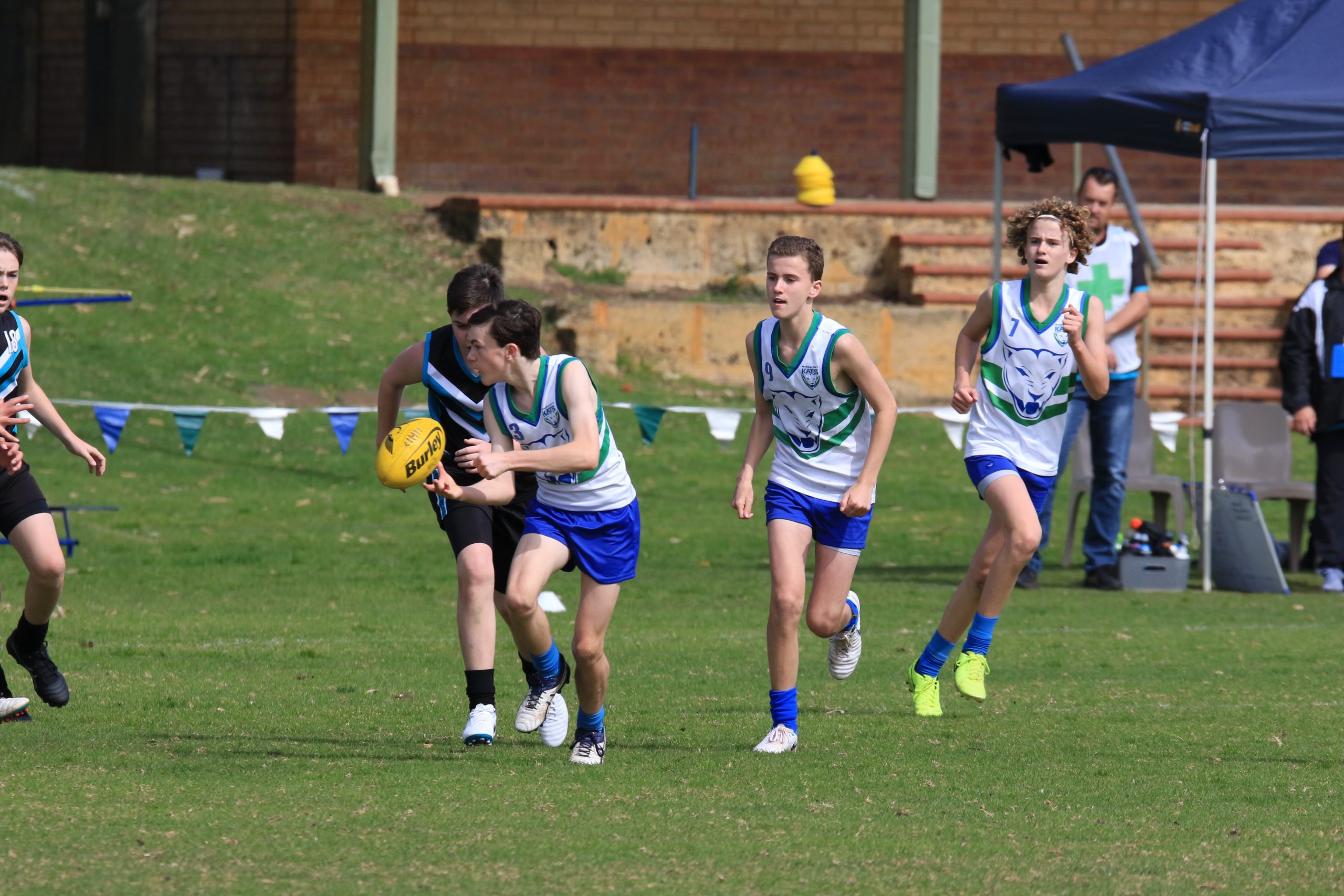 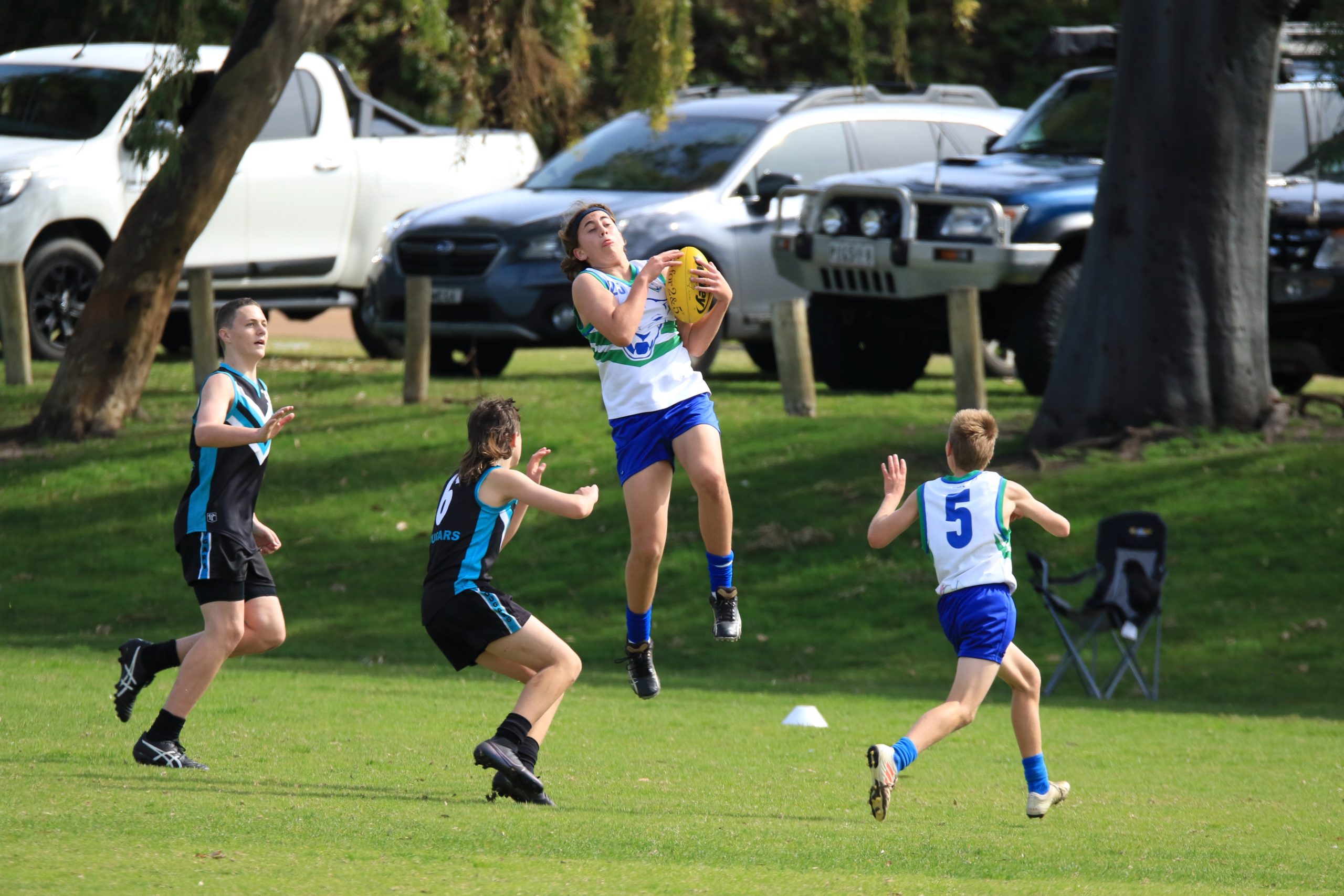 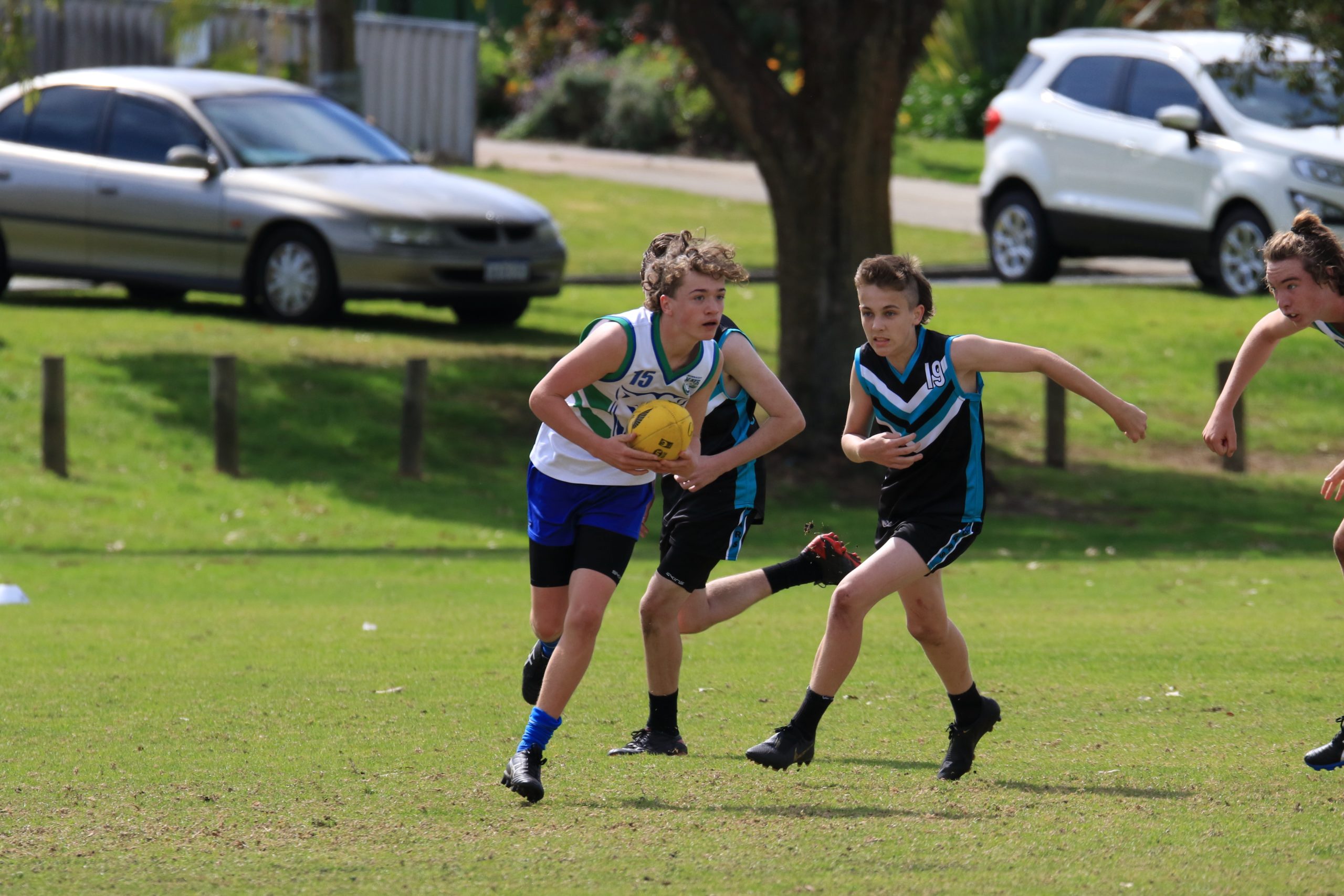 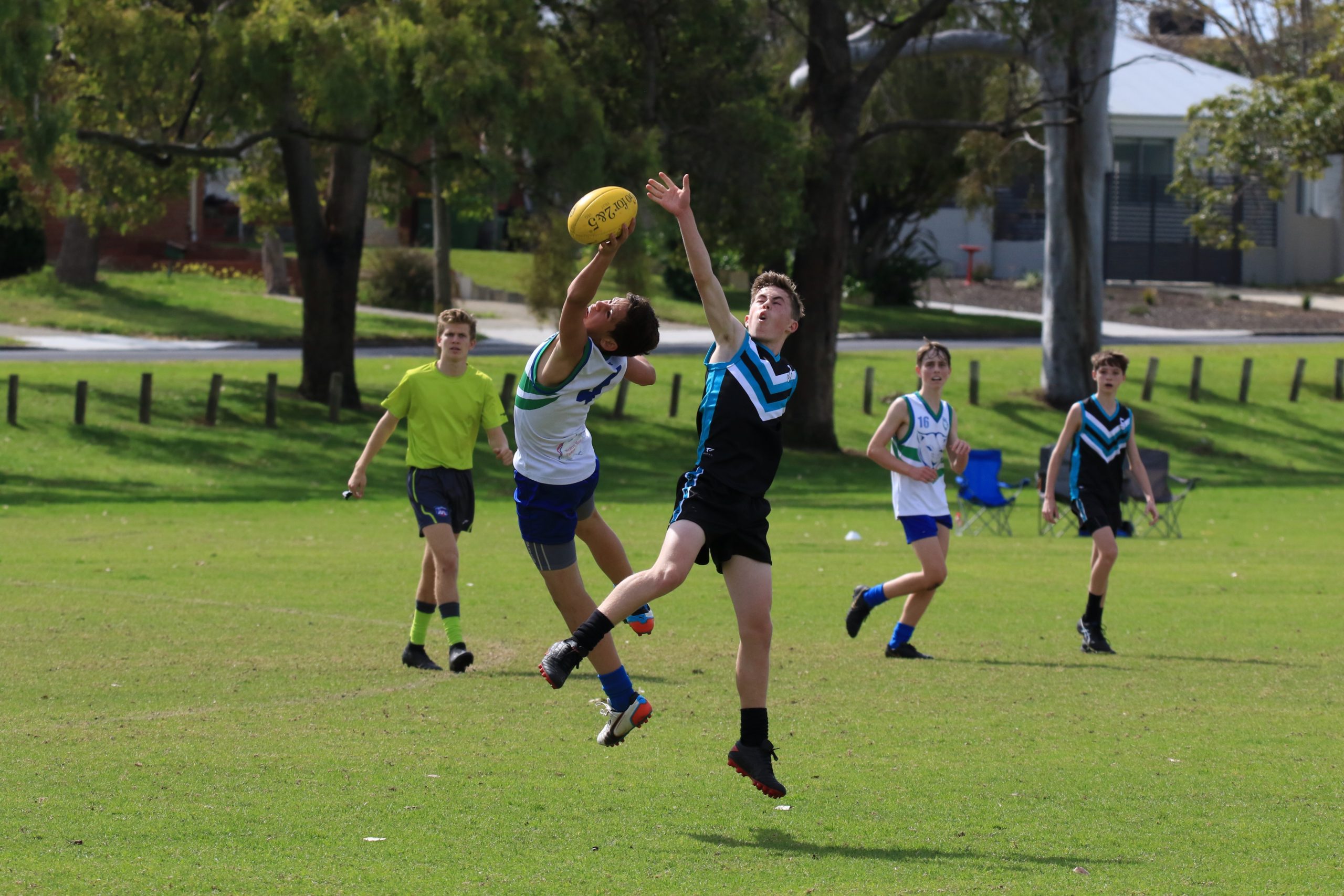 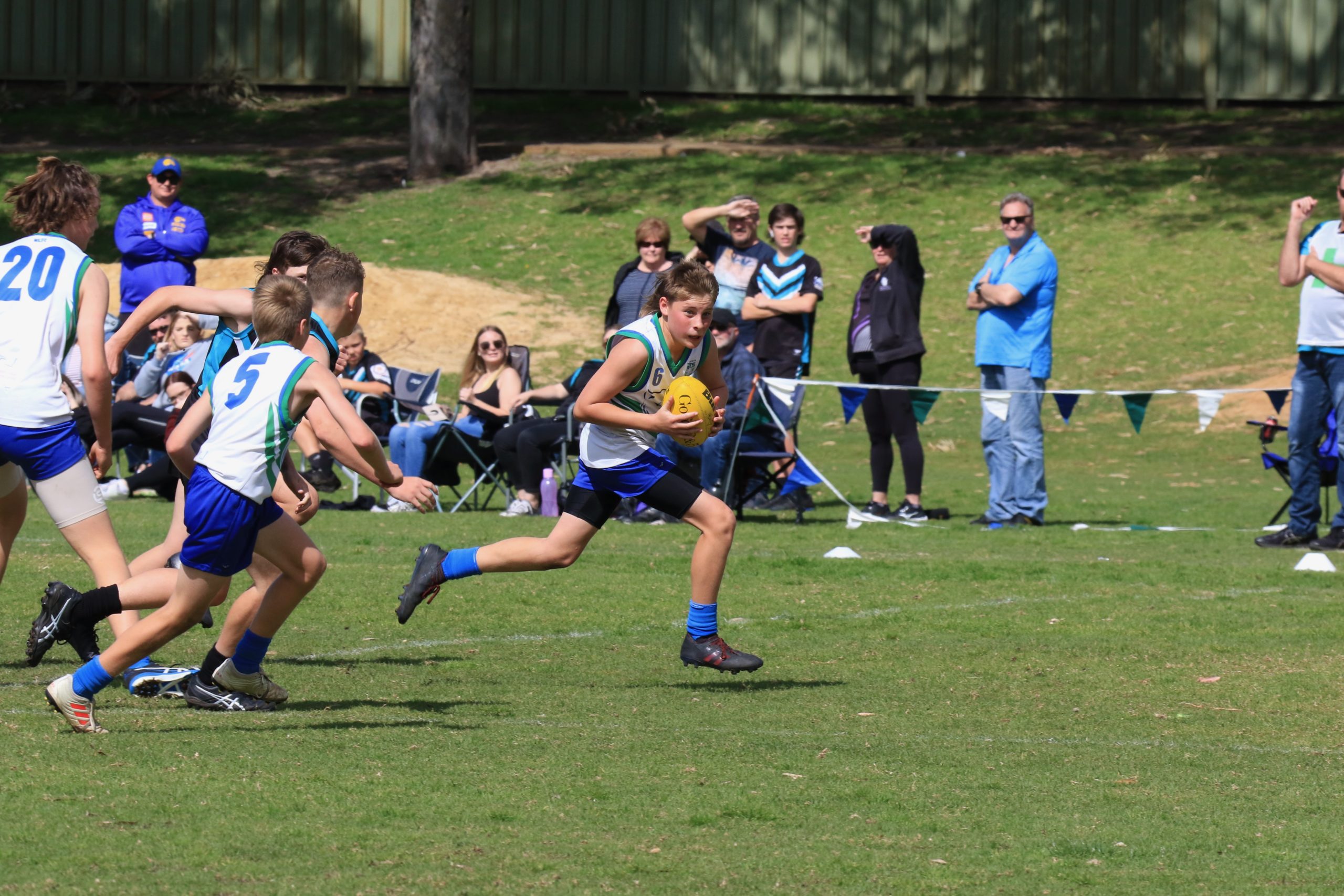 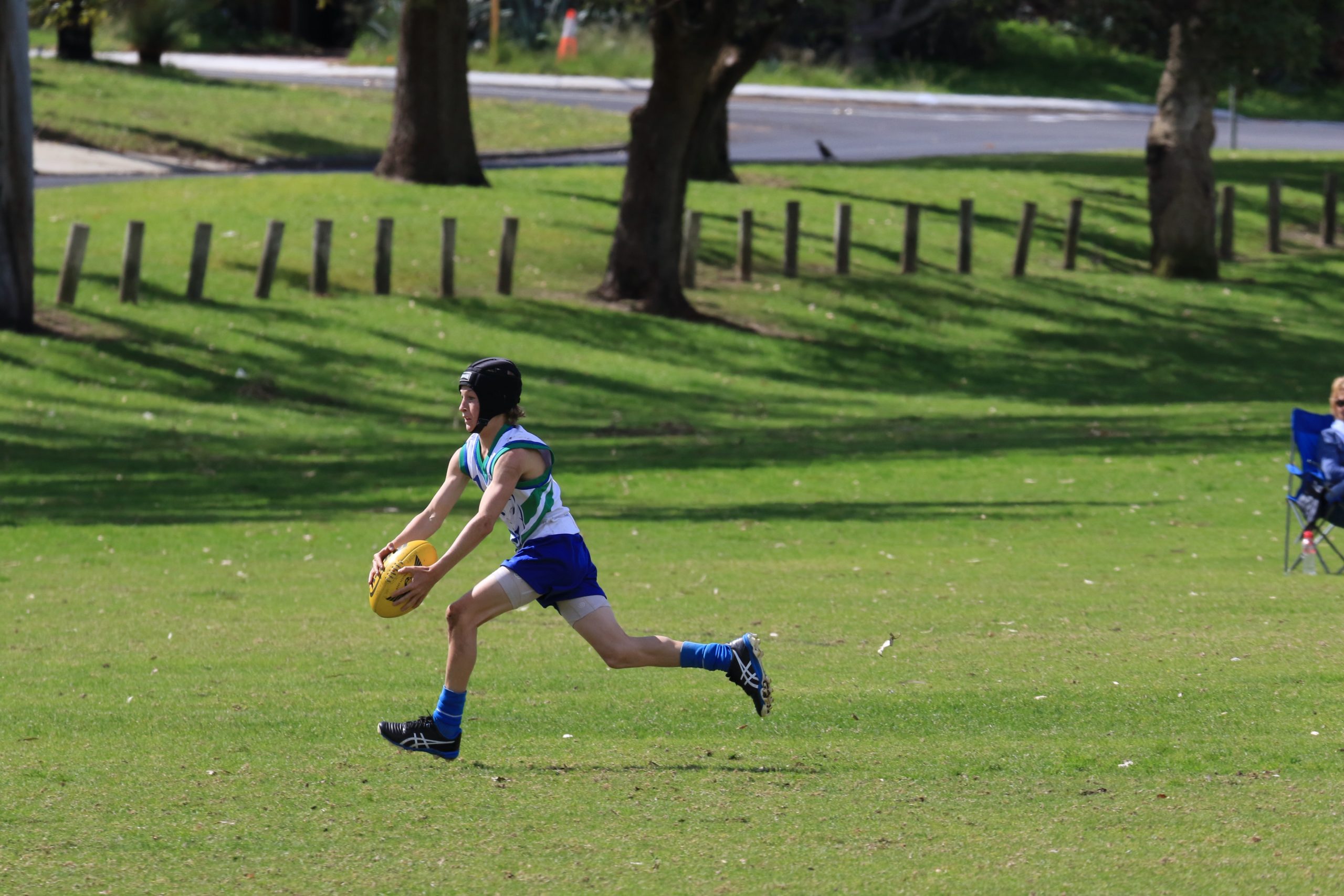 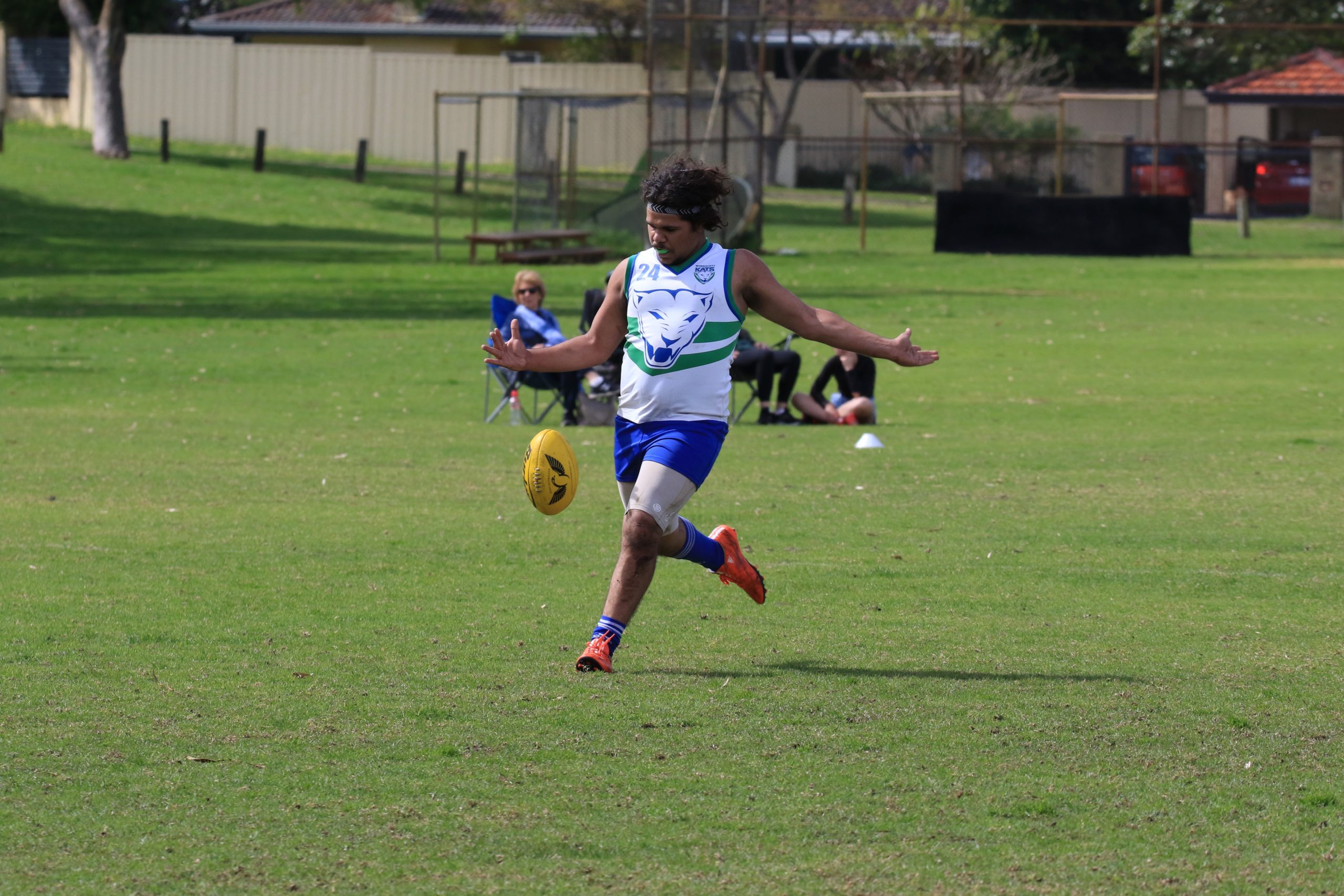 Winston the Winnacott Kat made a surprise visit at the Kats Auskick session this morning.

Winston mingled with our wonderful volunteers on BBQ duty and Auskick players. 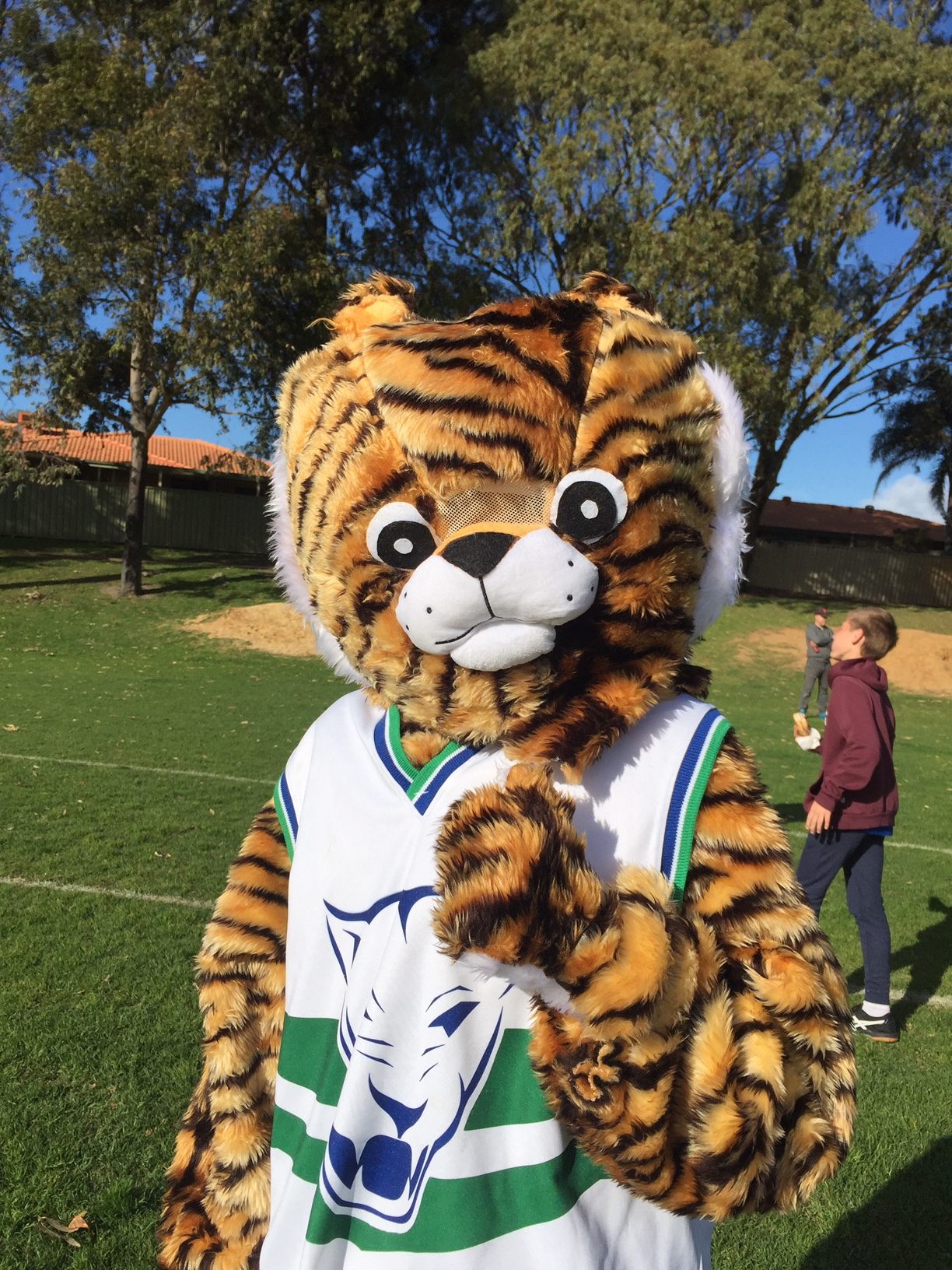 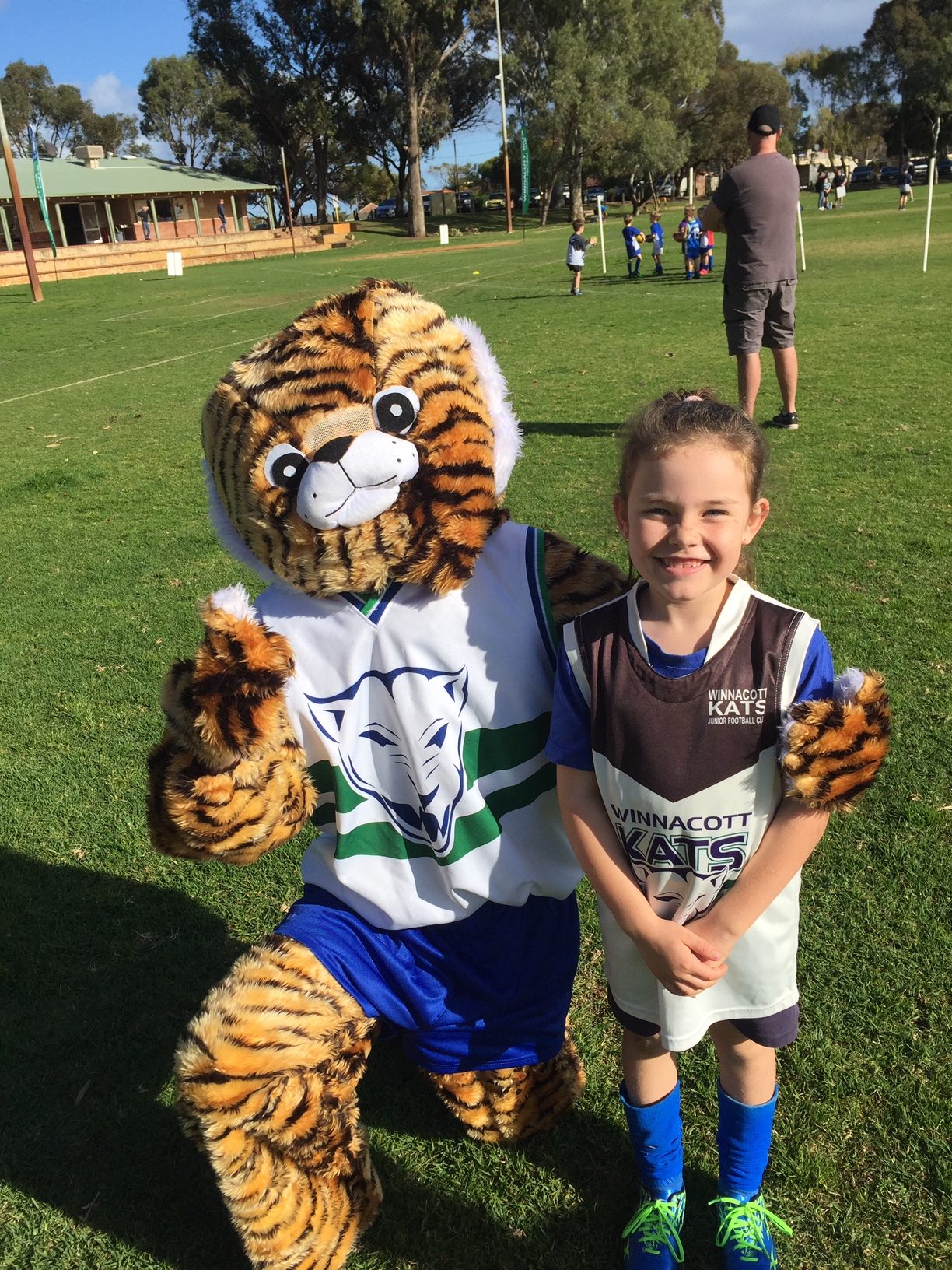 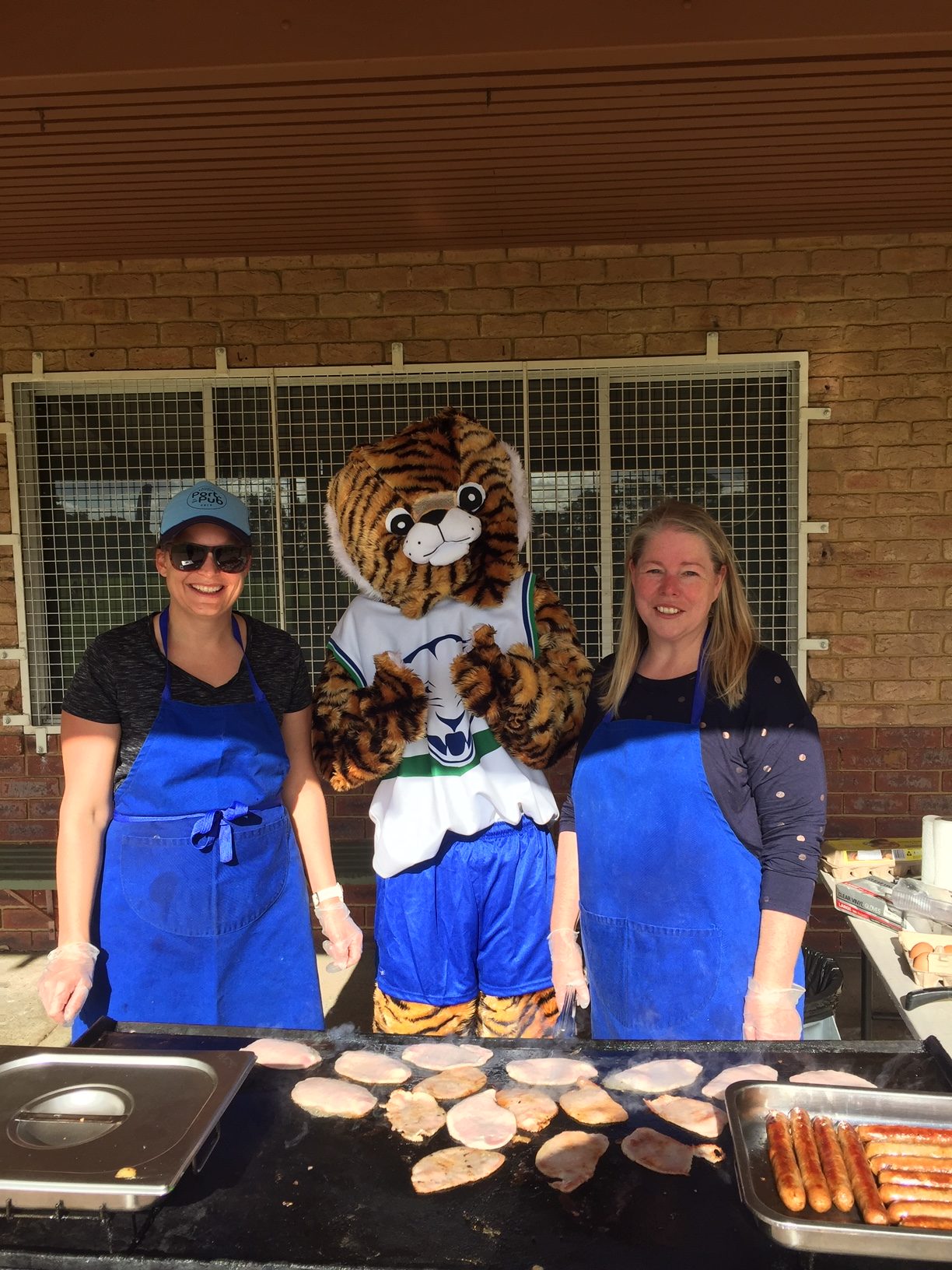 The hard work at training is definitely showing through with great team work, ball movement and goals by the whole team.

Players of the day were Oliver White and Riley Burt with both kicking multiple goals.  The Panthers also set an all time tackling record today – 154 team tackles!

Looking forward to next week… 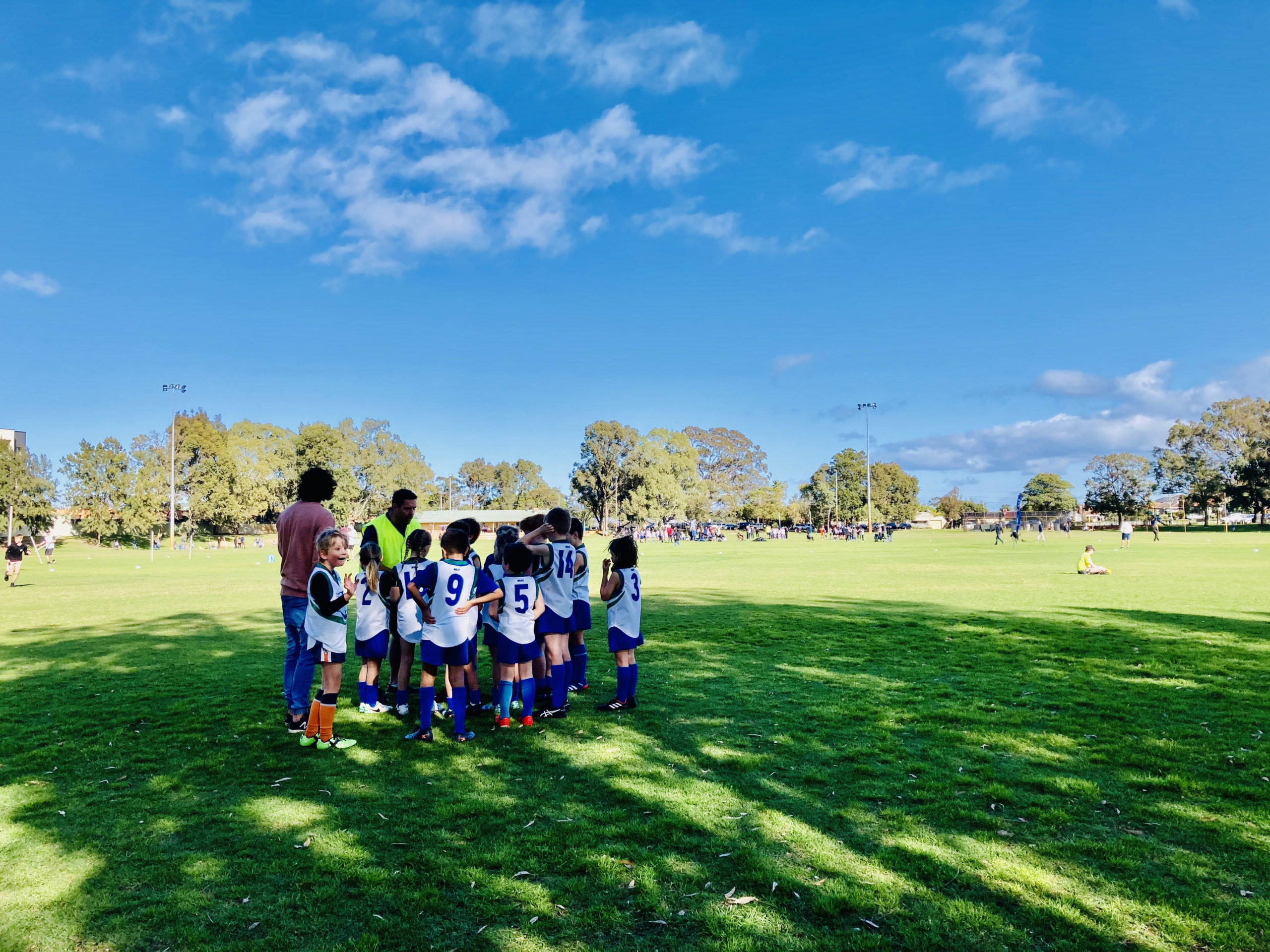 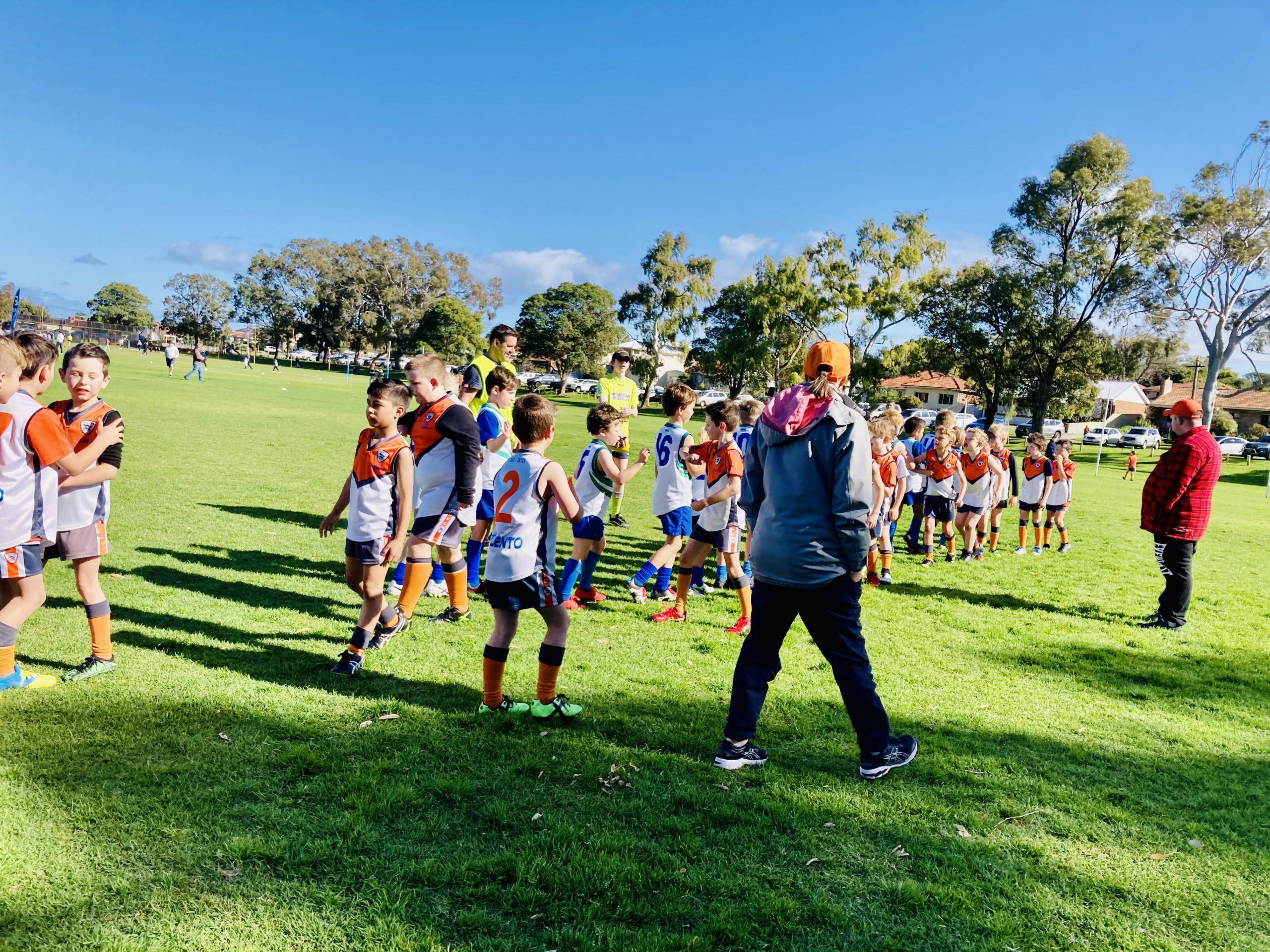 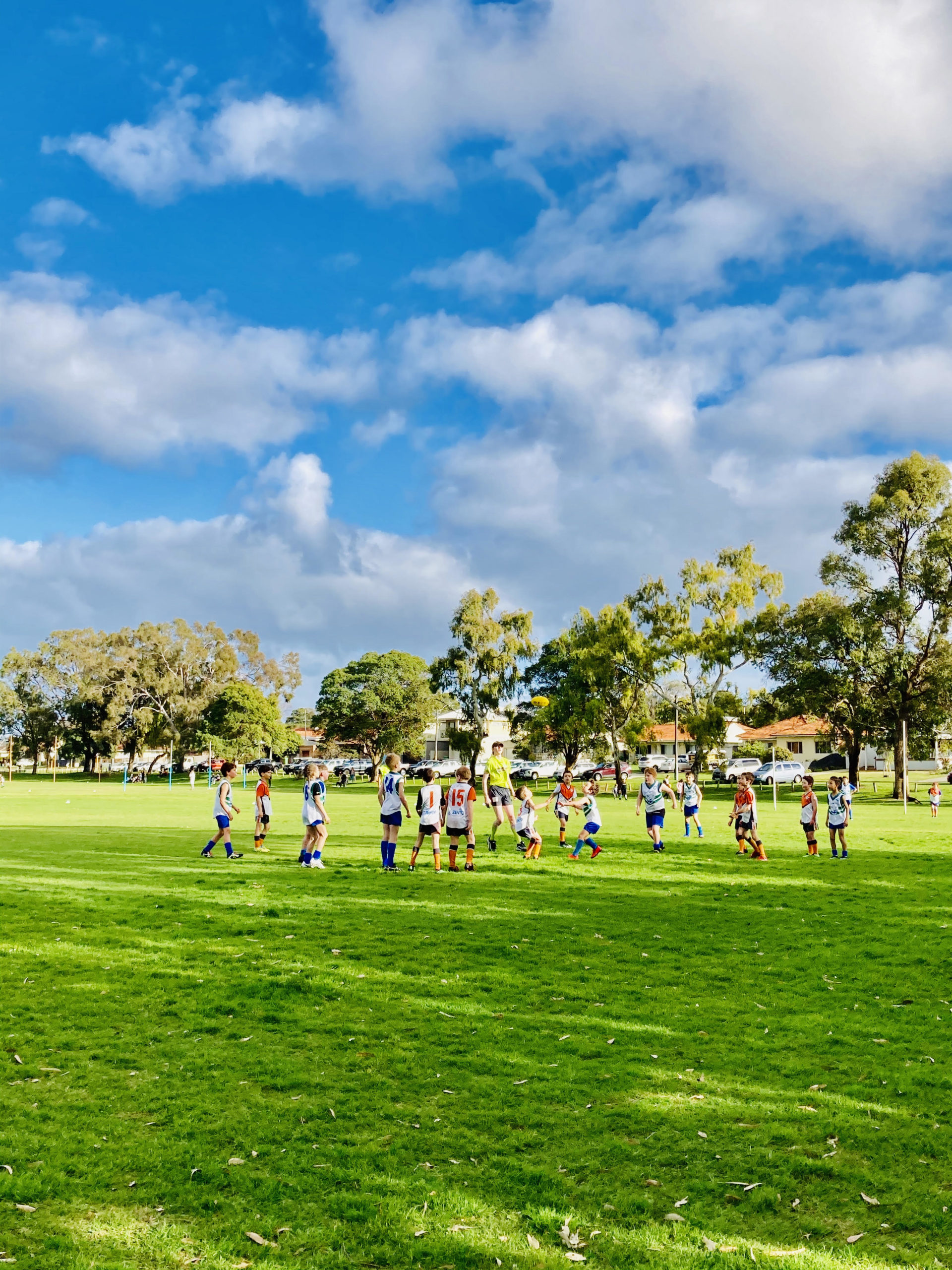 The Kats lead for the whole game and were looking like getting the win , but a very hard fought last quarter saw the game played mostly in the East Fremantle forward line, they managed to score a couple of goals and took the win by a solitary point .

While the girls were understandably very disappointed not to win they should be very proud of how they played .

Looking forward to next week.

Round 6 saw the Year 10 Kats take on Melville at Marmion Reserve. This was a clash of the top two teams on the ladder, with 1st place up for grabs if the Kats win.

The Kats got off to a super quick start with a goal to Taj in the first minutes of the game. Another goal a few minutes later, it was clear the Kats had come to play. Melville responded with their first goal of the afternoon, this was going to be a tight game.

After the 3/4 time break the Kats seemed re engergised, scoring another major to put them in front. Complete domination from the Kats kept Melville scoreless for the final quater and the margin extend to a lead of 22 points. Final score Kats  8.13 – 61 to Melville 6.3 -39

Congratulations to James and Oscar who both played their 100th game of junior footy and  also kicked a goal each.