In the second half Winnacott continued to dominate the game and maintain possession and at the main break the boys lead by 40 points (Winnacott 8.5 – Canning Vale 2.1).

Canning Vale are very talented and the Kats knew that we had to keep pressing and by 3 quarter time had opened the game up lead to by 60 points (Winnacott 11.8 – Canning  Vale 2.2).

Going into the final quarter Winnacott continued to play team football by sharing the ball around and went on to win the Grand Final by 72 points (Winnacott 13.14 – Canning Vale 3.2). Well done to Canning Vale for never giving up. Credit to the Winnacott boys going through the season undefeated in a very tough competition. Best players : The whole team as there was not one passenger on the day a real TEAM EFFORT.

Congratulations to James Arthurson on winning best  on field as adjudicated by the umpires and to Chadd Dunscombe on winning the Winnacott Kats Kane Lucas Medal. 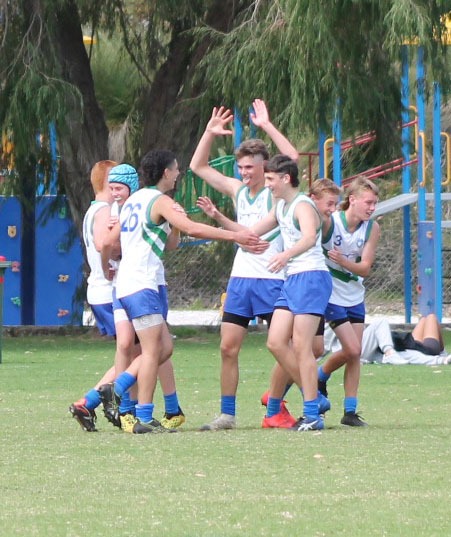 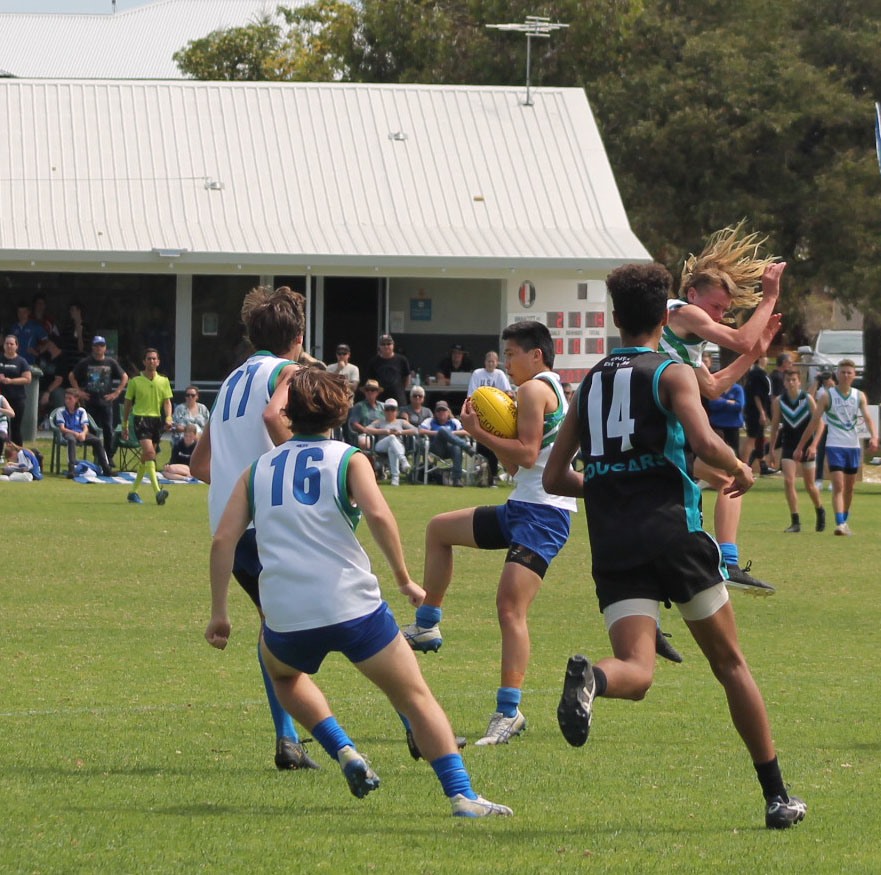 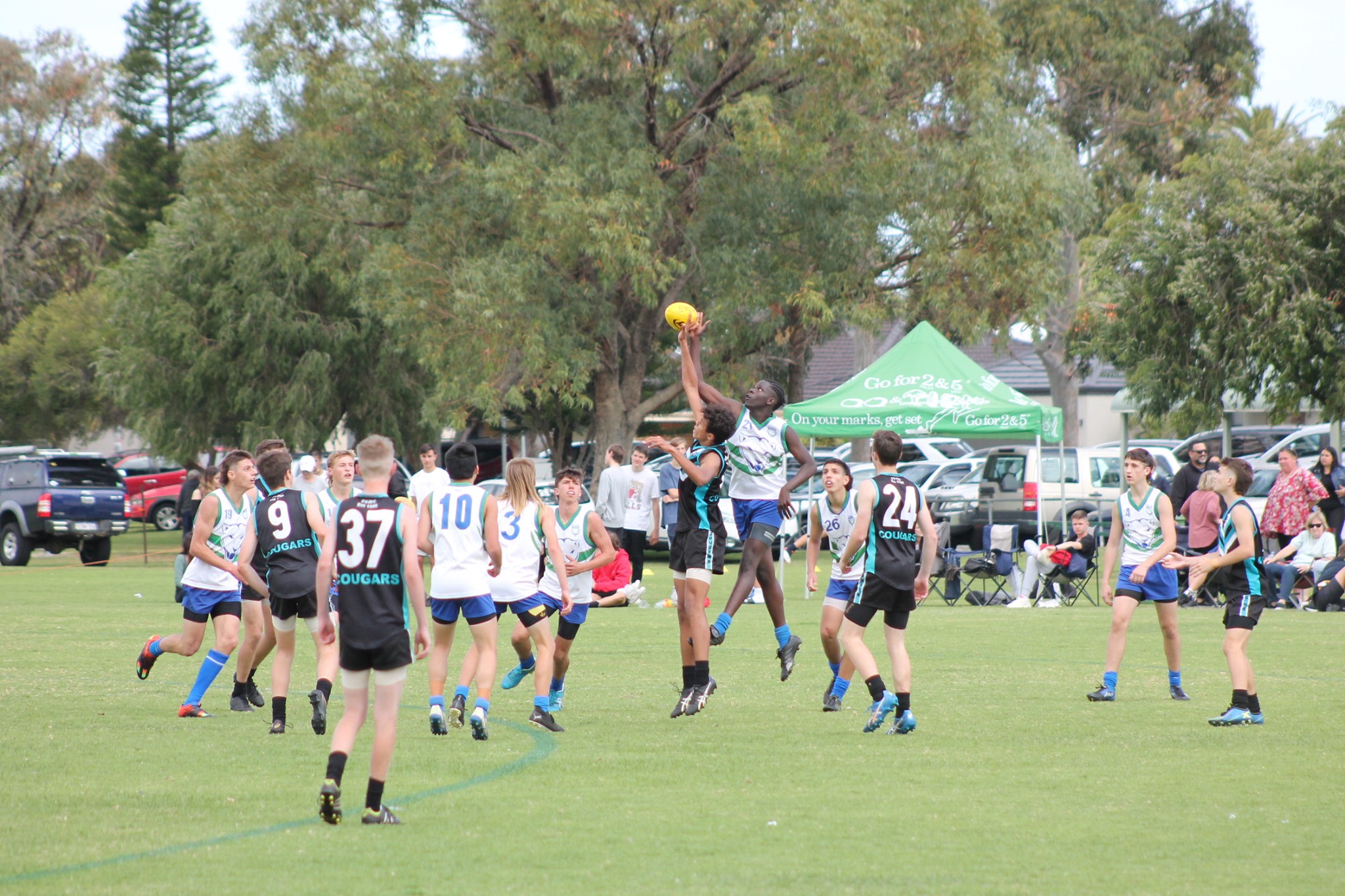 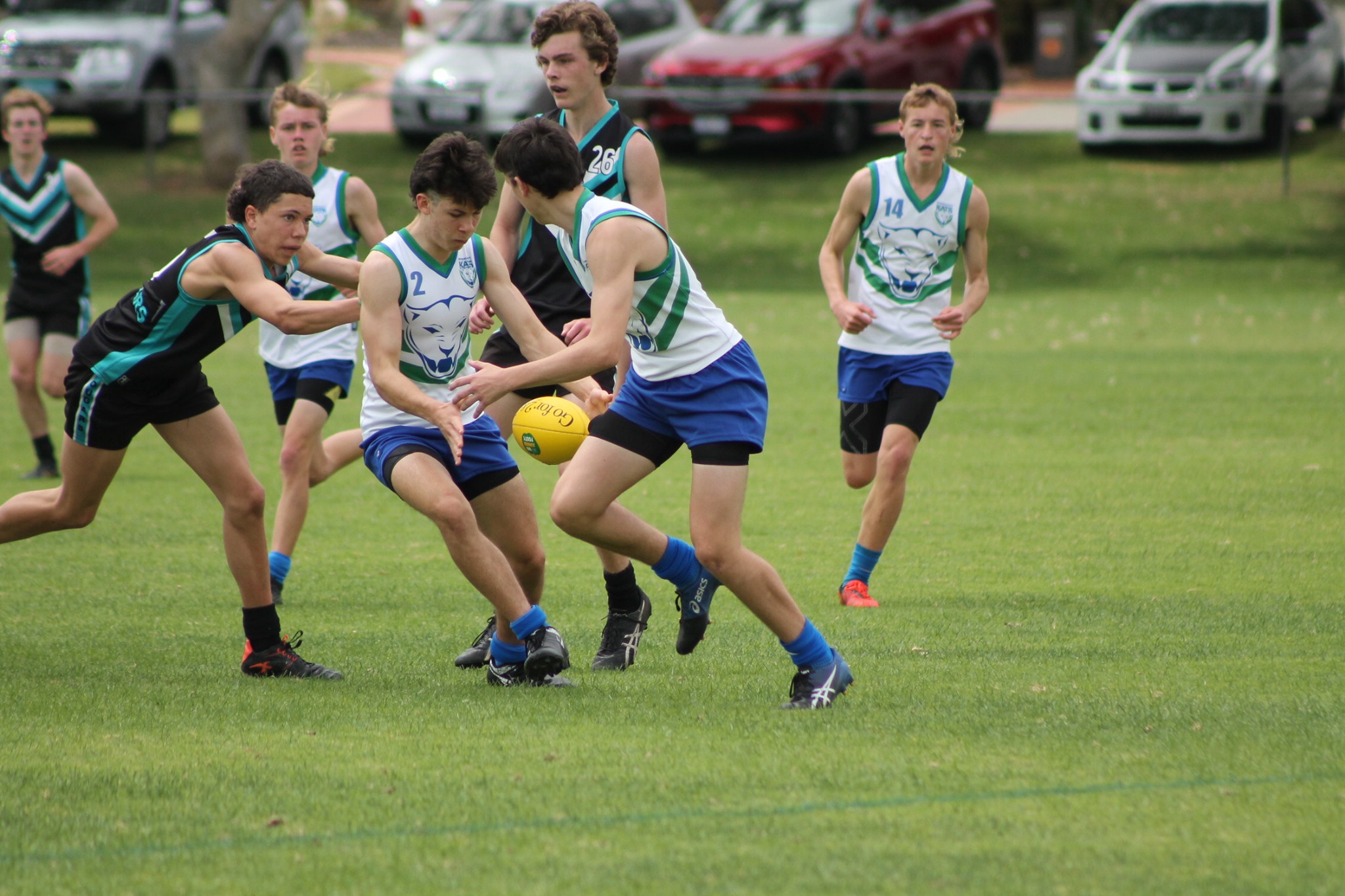 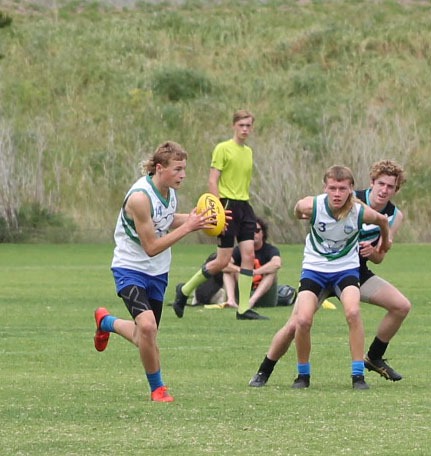 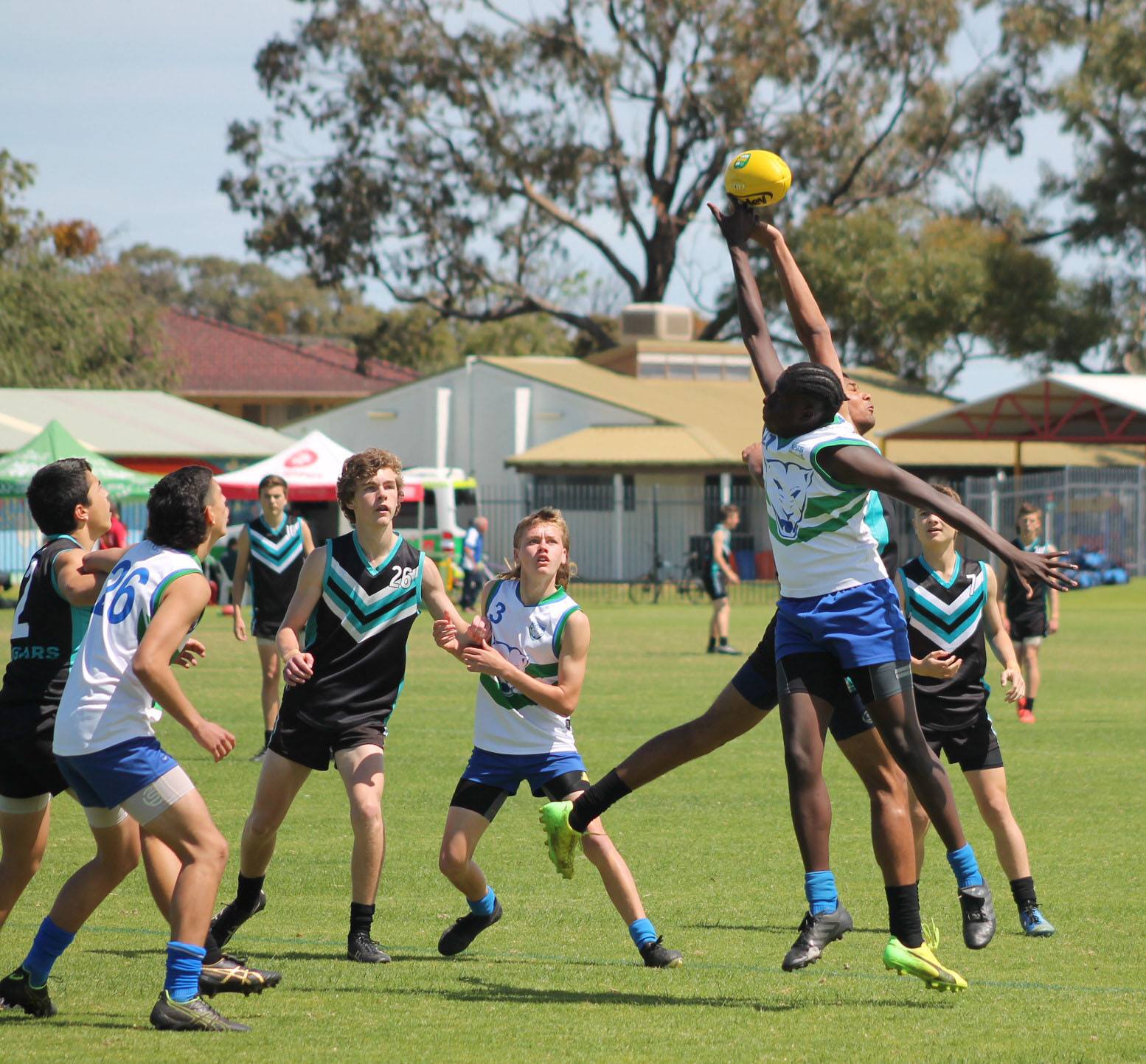 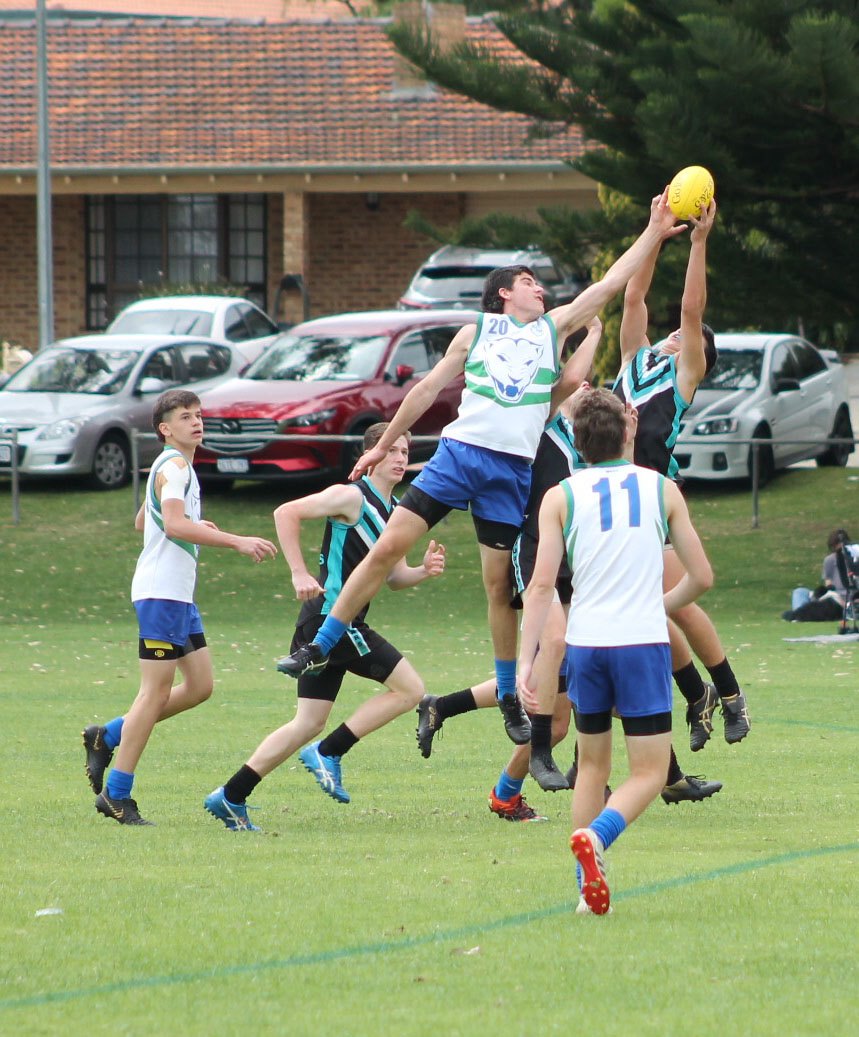 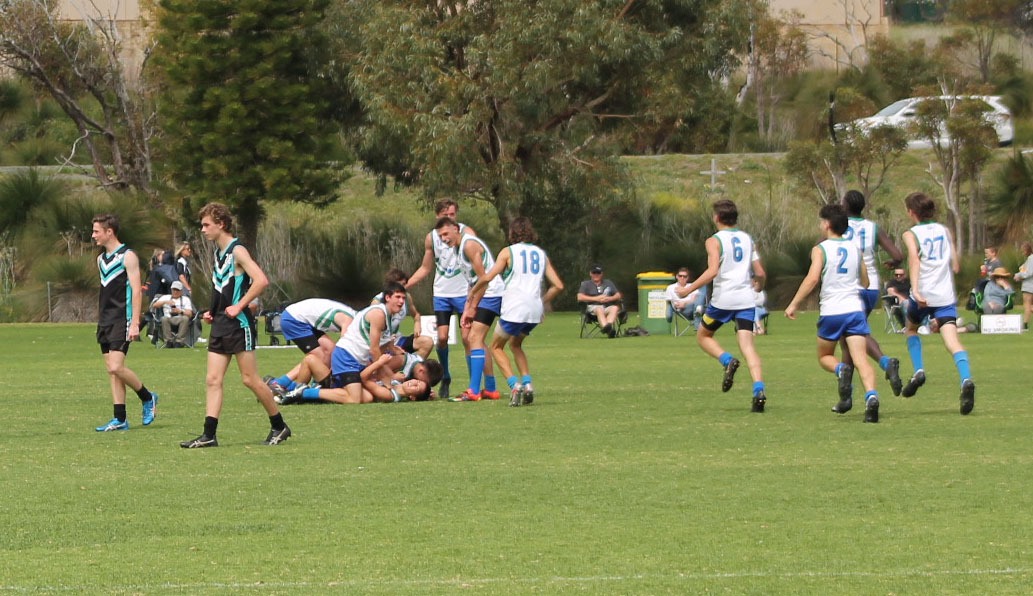 Arriving at the ground the boys were excited and nervous.

The key to a GF is to get an early jump on the opposition and be the first to settle and steady.

Jandakot came out and bang hit the score board first, but they did not settle. We went back to the
centre and you could see the hustle and Tom Rivers wins that ruck tap straight into Doig’s hands and
bam a long hit up lead to Taj who converts to a goal.

The first quarter was end to end footy with some very big contests. Rigoli cops a big hit that saw him
come off to gather his thoughts followed by Weiser getting hit hard in a head to head contest. Both
players went back on and competed at a higher level than ever before.

Our forward line was leading well with “Tin Man”” disrupting the oppositions defence structures
with his constant leading. We went to the first break 2 goals up.

Into the second the boys were gaining momentum, but Jandakot weren’t allowing us to get too far in
front of them. Our defense led by Damon, Andre and Ethan Grant off the half back line was pushing
up on the ground giving us plenty of forward pressure. When the ball escaped over the back we had
Sizzle in full back just steam rolling through the opposition. Jandakot woke up to this and sent their
big guys in to sit on Sizzle and get a few goals back onto their score card.

Third term our midfield went extra hard with Linc, Doig, Archie and the 2 wingers Ishi, Riggers and
later AX and Weiser all working on the inside to put pressure on the ball play and we moved very
fast, kicking some excellent goals. Up in the forward line Blurton, Fox and Pickett were kicking goals
and the ones they didn’t get we had Cozi and Cheyden adding ground pressure to some off the
ground goals. We went into the final break about 4 goals up.

Going into the 4th quarter we knew we would concede a few goals. Junior Footy is all about everyone
getting a go and playing with a bench of 6 players poses some issues that need to be managed
properly for fear of forfeiting the game. Every player must play at least 50% game time, so you have
to start moving players around to ensure you hit that target. We had done such a great job
managing times with Karoline alerting myself, Stephen and our Team Manager Caroline every 5
minutes to make sure we stayed on target. I knew the first 10 minutes of the last quarter we would
have players in positions that probably would challenge them and allow the opposition to kick some
goals. Well Jandakot seized on that quickly kicking 3 or 4 straight goals and got to within 5 points of
us! A great effort by them.

We had 8 minutes and with all players now over the 50% threshold we threw everyone back into
their killer positions and banged 3 goals in 5 minutes. We ended the game Winners by 19 points.
What a moment! Year 12 – Division 1- Grand Final Winners!

The crowd that had come to watch was amazing and very large. This made the atmosphere exciting
and for the majority the crowd were wanting the Kats to win this one. When that final Siren fell the
crowd on the side-lines rushed into the players celebrating huddle and it was a sporting moment to
watch.

With respect several of the Jandakot boys came across, shook hands like men and congratulated the
team with comments like “You Deserved that Win””

The Umpires were also fantastic with the main field Umpire saying it was one of the best, most
exciting games he had ever Umpired and was impressed by both teams for their maturity and for
simply playing good, fair and hard football.

What was your GF best moment? From the players:

• “Dario streaming out of the backline with the ball tucked under his wing and his little legs spinning
and spinning and then he gets tackled and loses the ball so he bounces back up and he just kept
tackling and tackling until the ball was cleared and away from the defence. He was smiling from ear
to ear and then almost collapsed and literally crawled to the Coaches tent to come off and rest up”.

• “Sizzles mark in defence was unreal. The big man gets up over everyone and he’s like 90kg and
normally can’t jump over a blade of grass”.

• “loved it when Tin man sprints to the bench for his rotation and Coach goes Jeezus Tinny that’s the
fastest I’ve ever seen you run fella”.

• “Pickett in the 3rd slams the ball down and the ball literally dribbles across the goal line”.

• “Tin Man marks high in the pocket in the third. He lines it and kicks a great goal on that angle and
then starts to wave his arms and celebrate at the crowd who were all screaming with him”.

• “Andre getting all hyped up by his mates in the Crowd. There were about 50 of his and Julz’s mates
who came down to barrack them on. Andre marks and then goes to kick and he stubs the ground
and the ball goes rolling along the floor”.

• “Blurton’s goal at the end! Linc kicks the ball into the forwards who all lead hard out and the ball slips
out the back and Blurton’s ground speed scoops it up and slots it through on the ground like an AFL
player! Eddy Betts eat your heart out”.

• “the Final Siren -the sweetest sound.”

•“When the Siren went and I knew all the hard work had paid off”.

•“oh definitely seeing Weiser and Andre hugging and crying was so brilliant”.

•“seeing Coach look over to me, nod and give one of his smiles was the best feeling as I knew that he
knew how important this was to us all”. 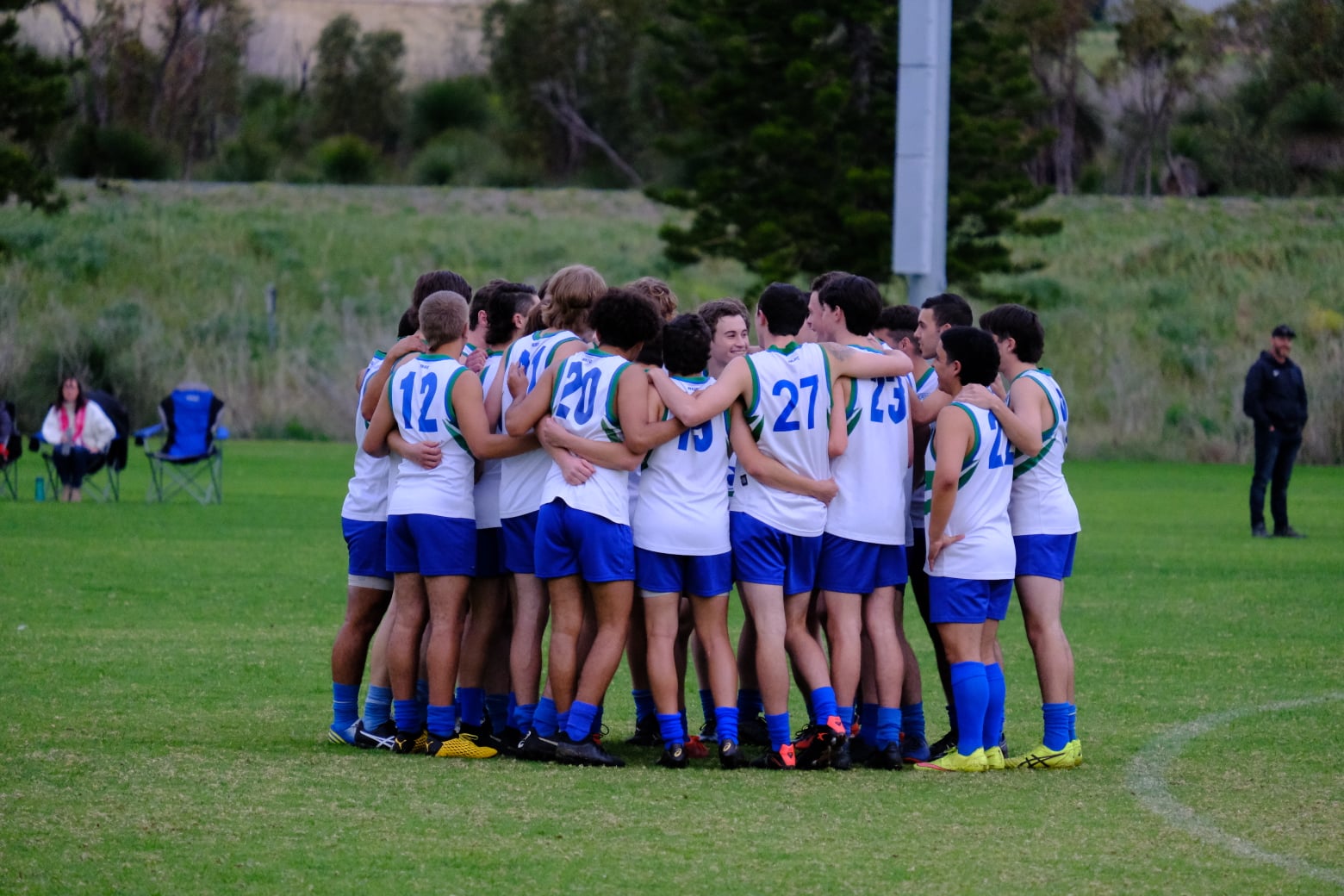 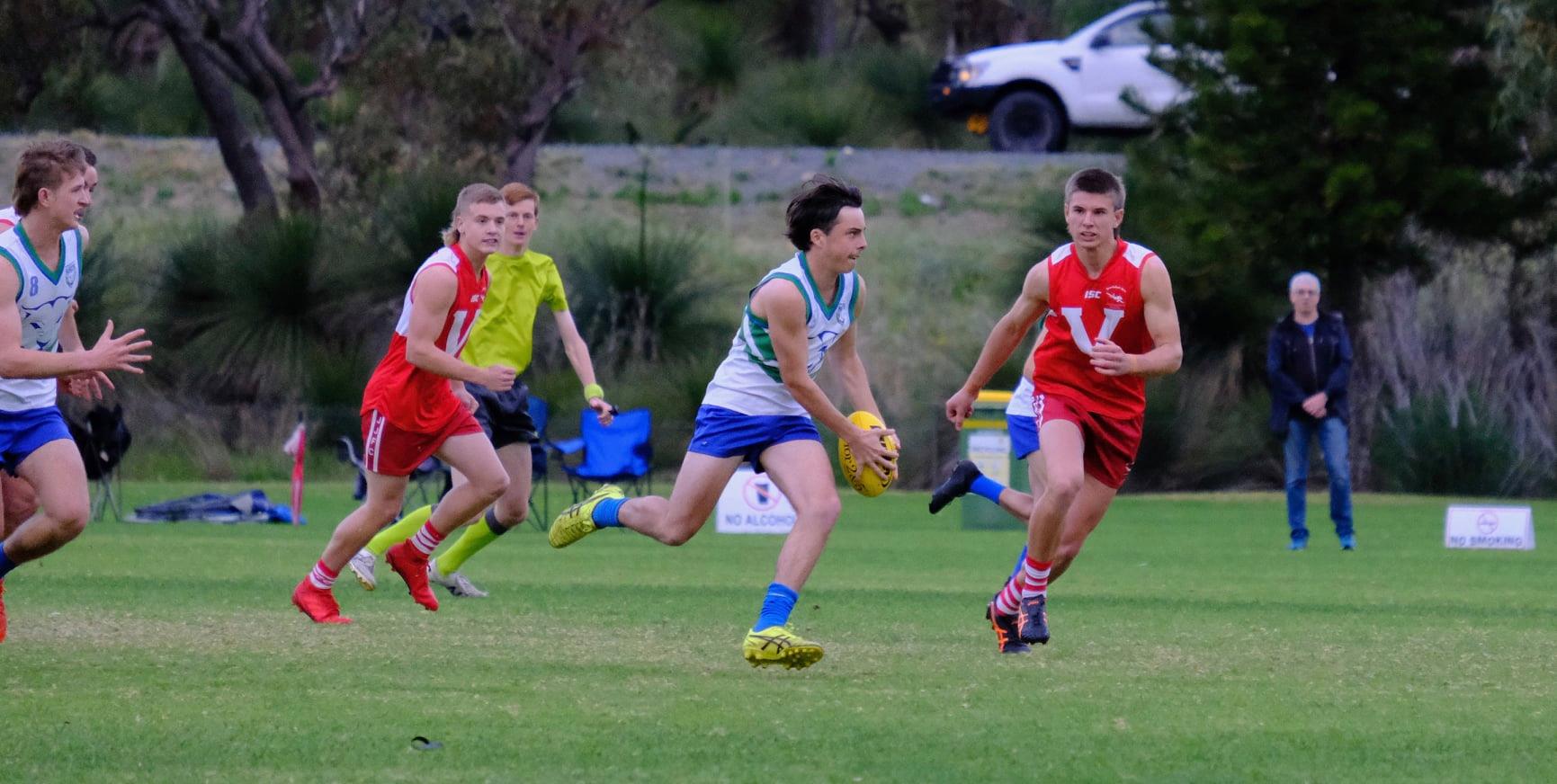 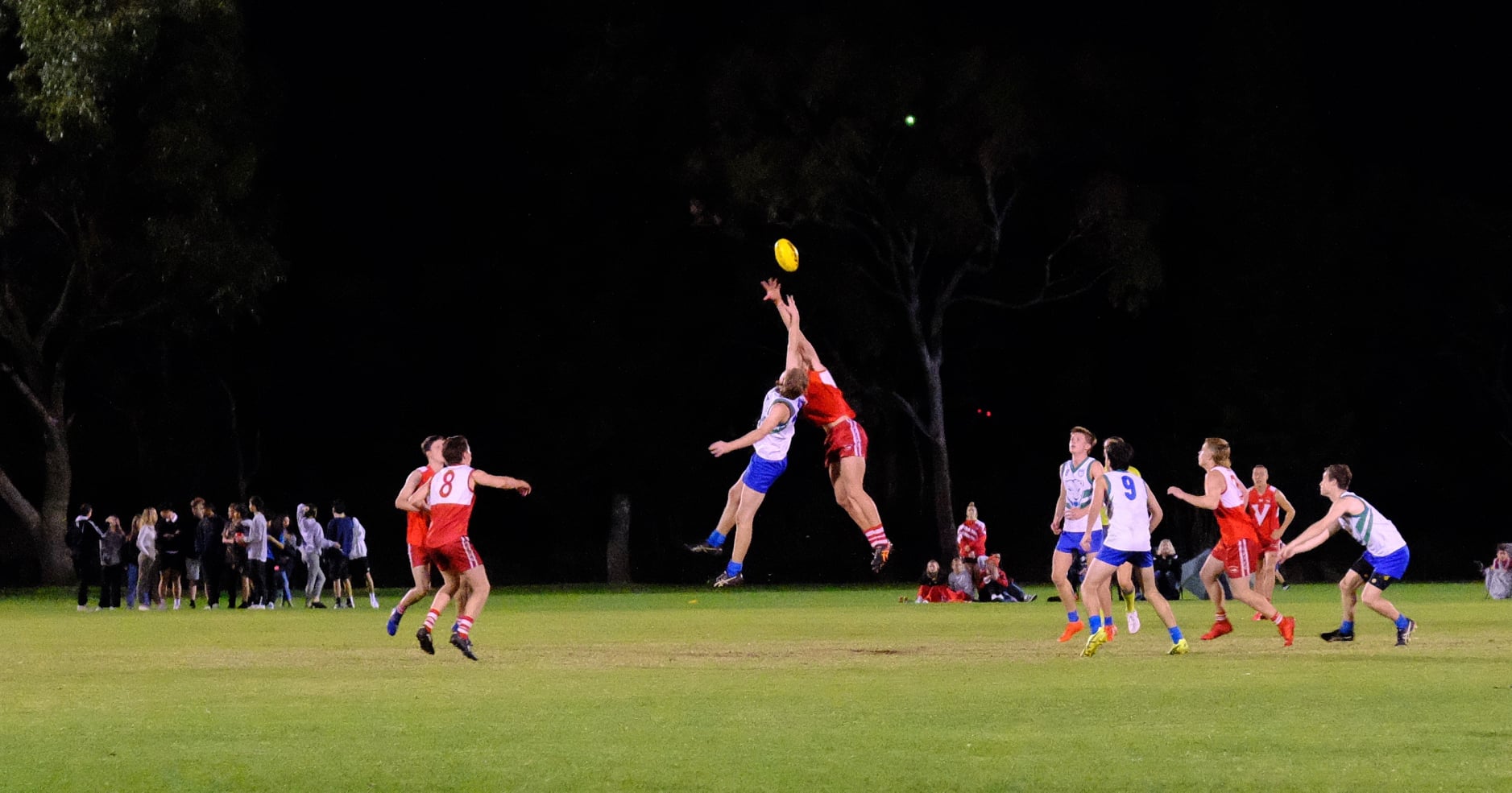 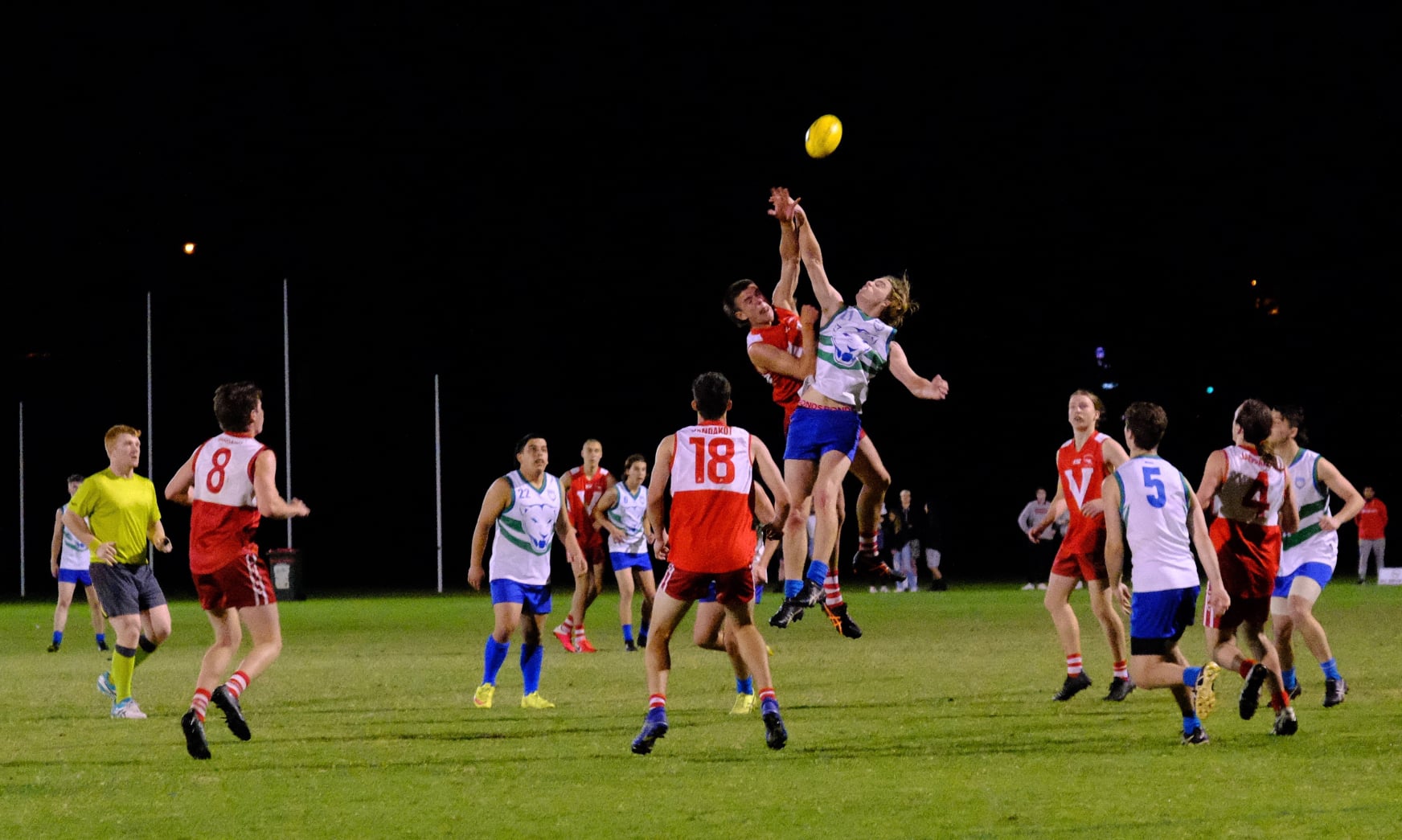 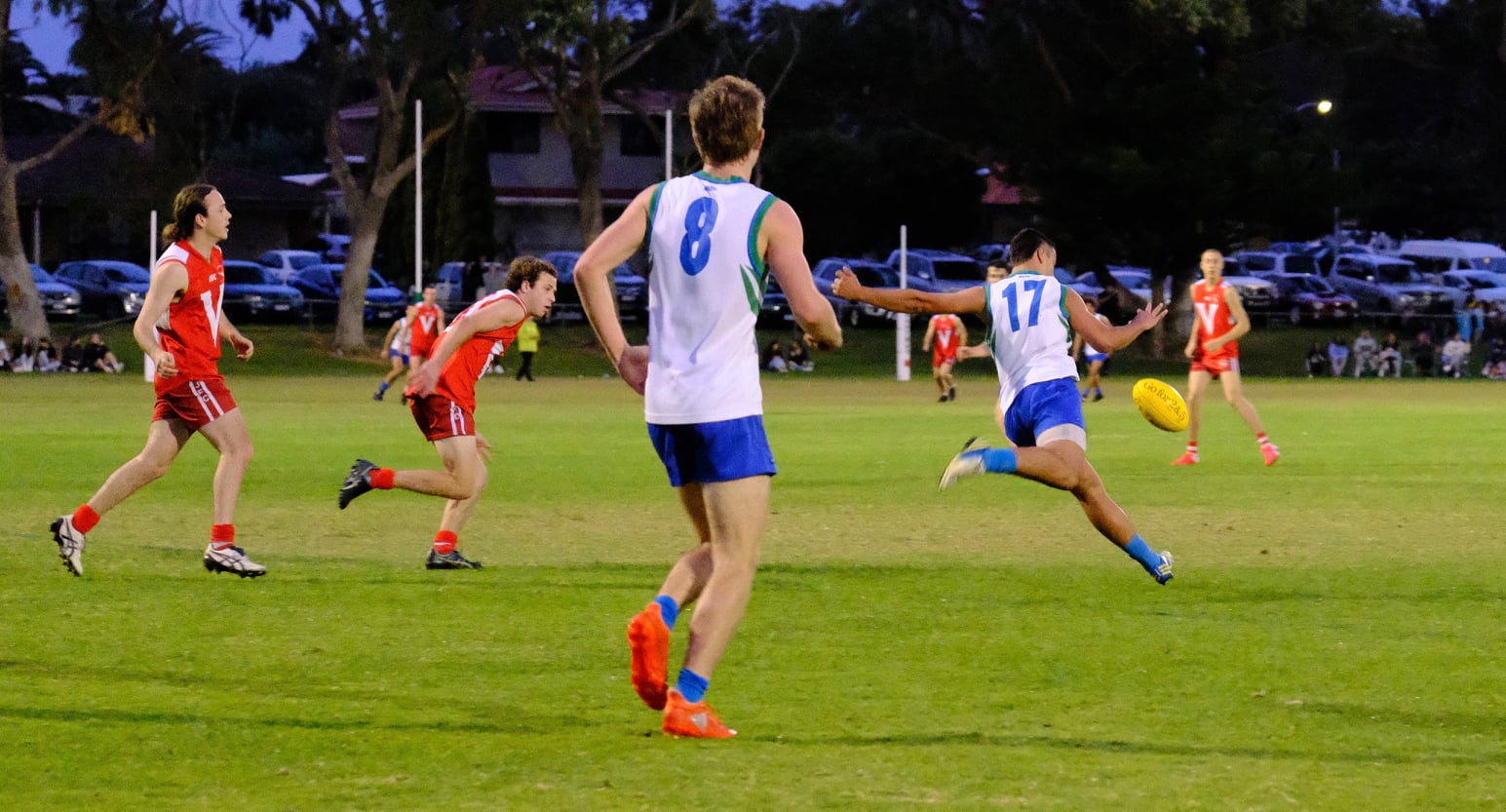 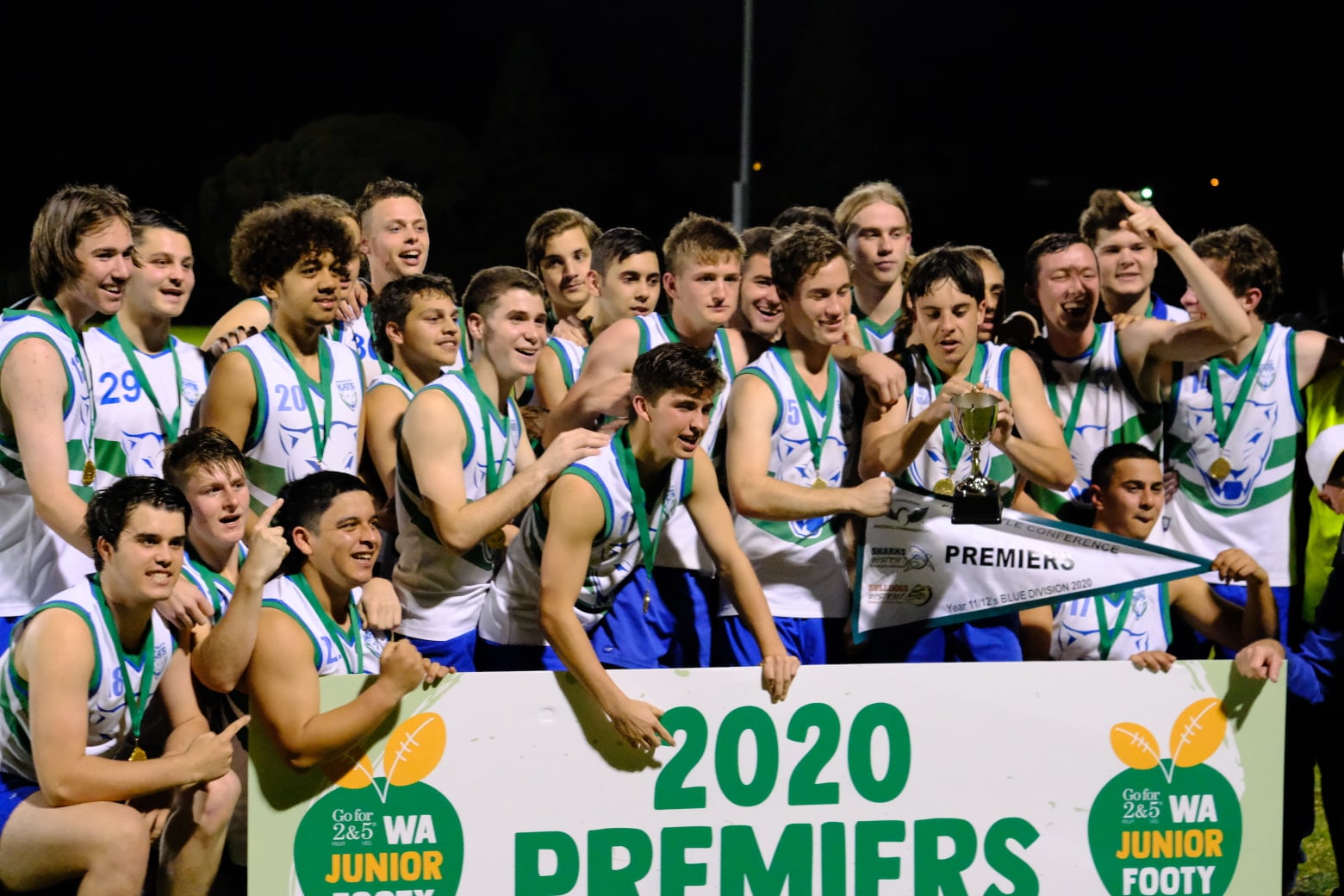