This week the Kats show case the Year 5/6 Girls and the Year 7/8 Girls as Team of the Week.

Being only a very small team (7-9 players each week) each of the girls play a vital role within the team and give it their all in every game. With a couple of games behind them now they have really developed as a group and it’s beginning to show in their on field performance. Their confidence is up and their skills and positioning on ground are getting better and better.

This week’s game was against Kardinya Suns at Alan Edwards Reserve on Sunday 2nd August. The weather was perfect and the girls were keen for another win after last week’s defeat over Roleystone. Only having 7 players at our disposal, Kardinya were nice enough to even out the teams and lend us 4 players each quarter to get all the girls on the ground playing.

It was an even match up from the start. Abbey and Caitlyn provided some strong centre clearances from Winnacott and some heavy tackling pressure, giving the Kats an early lead coming into the second half, and keeping the Suns nearly scoreless in the second quarter.

There were some excellent linkage plays leading forward, giving the girl’s opportunity to score, with Kylie sneaking through two impressive goals from the left pocket. There was also some impressive marking from Piper through the midfield that provided us with the opportunity to switch play and move forward with some great scoring shots.

Being short of players started to take its toll though in the third and fourth, as Kardinya started to get a few scoring shots through, as Winnacott were beginning to tire out. But the girls gave it their all and played well to the end, just nudging through for the win.

Today’s player of the day went to Sascha who held firm in defence, singlehandedly stopping no less than 7 separate goal attempts, on her own, with some very impressive marking right on the line and some great clearance work.

Special thanks this week to Kardinya Suns for lending us players and showing great sportsmanship, and to our manager Heather for organising everybody and keeping track of every thing.

Every week I look forward to coaching the girls and watching them develop as a team, and I’m really proud of their effort and attitude towards the game. Being a small team we are always looking for more players to join, so if anyone is interested, come down to training at Winnacott Reserve on Friday at 5 pm and give it a go! 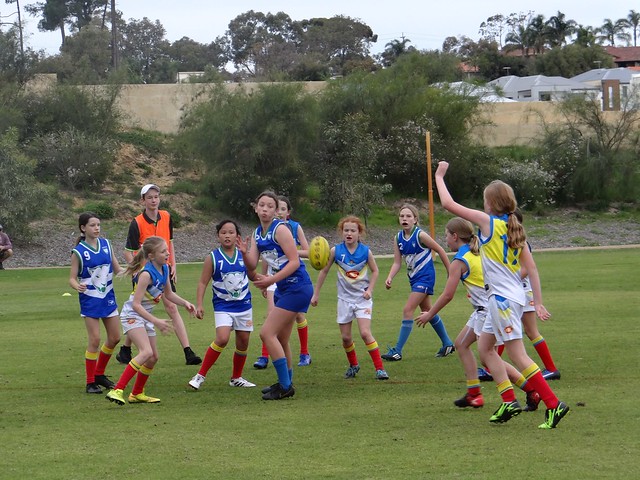 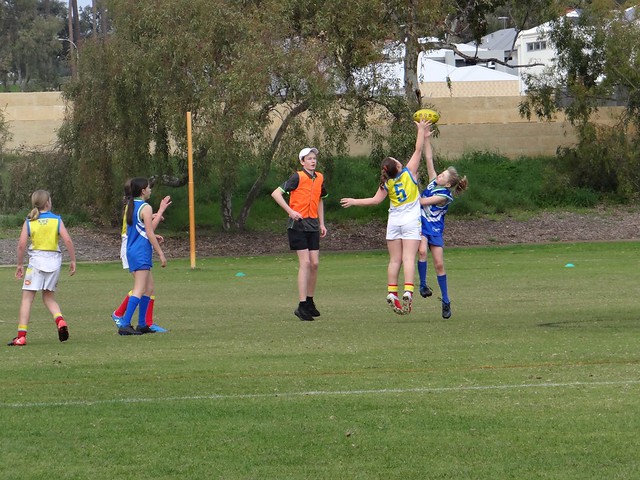 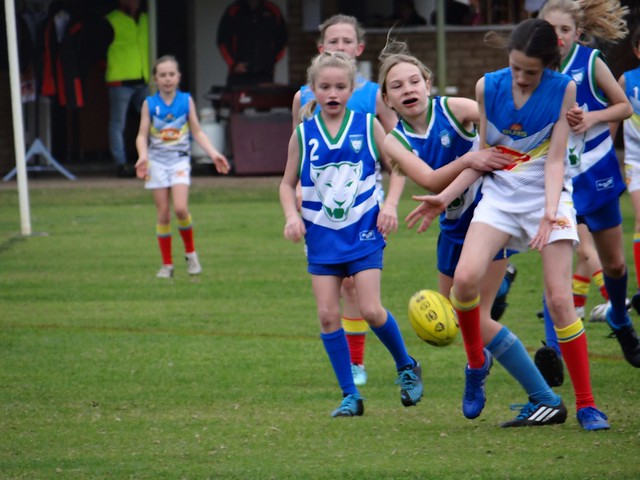 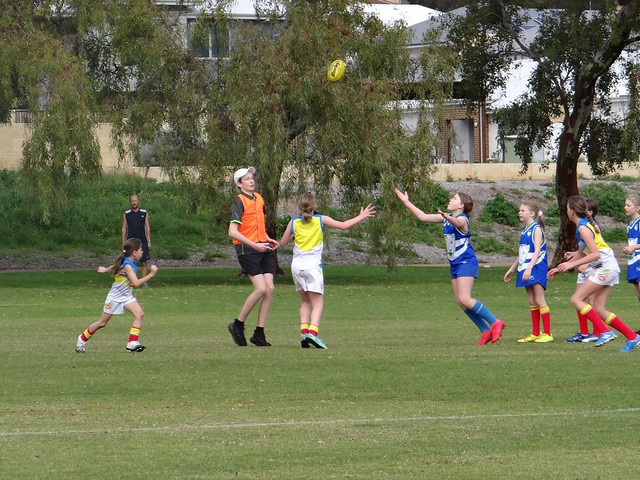 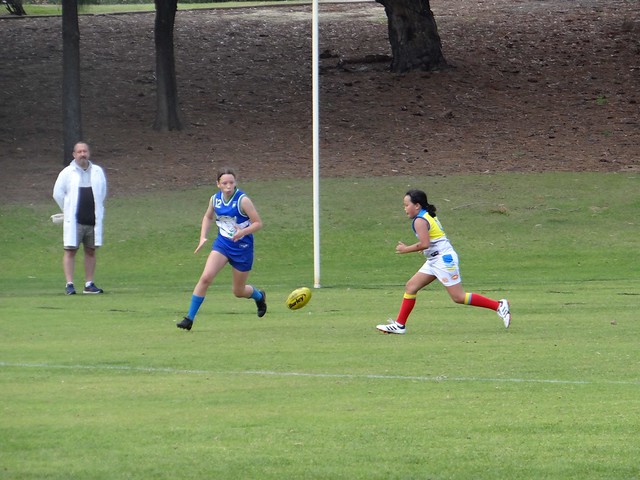 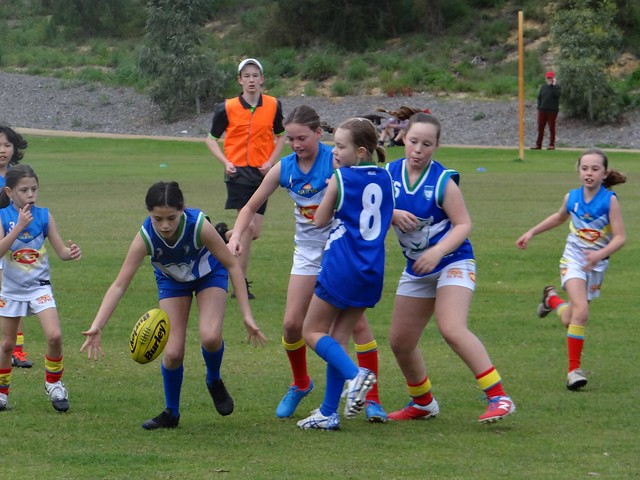 Today was a milestone day for the club, we had our first female player reach 50 games.
Well done Isabel Moss on a great achievement.We played Palmyra under clear blue skies and it was a great game of footy.
The game was hard fought and of a pretty good skill level, albeit low scoring until the third quarter when Palmyra kicked away with a few goals .
Much to the credit of the Kats we responded early in the fourth with a couple of goals and were right back in it .
To Palmyra’s credit they got a couple of steadiers and took out the win .
A great game of football played hard and in good spirits, I would say both teams would have known that they were in a great contest.
Well done girls.
Phil Fox
7/8 Girls Coach 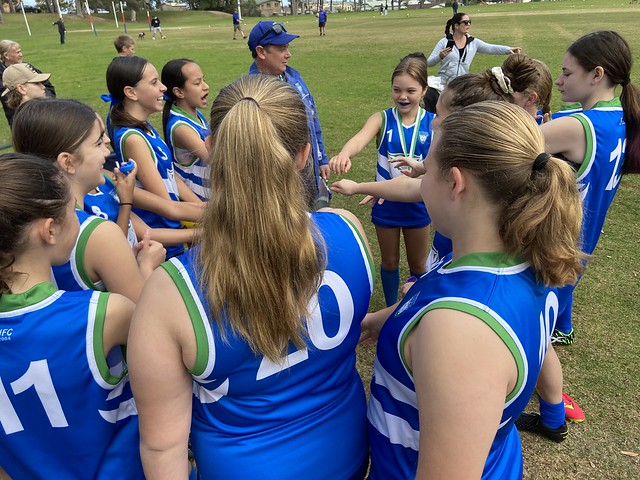 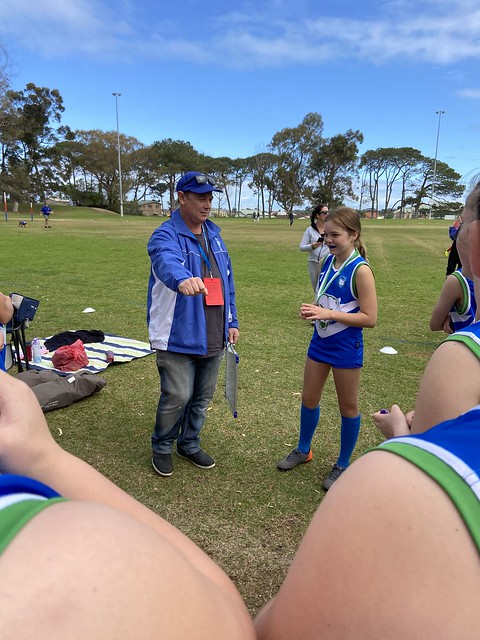 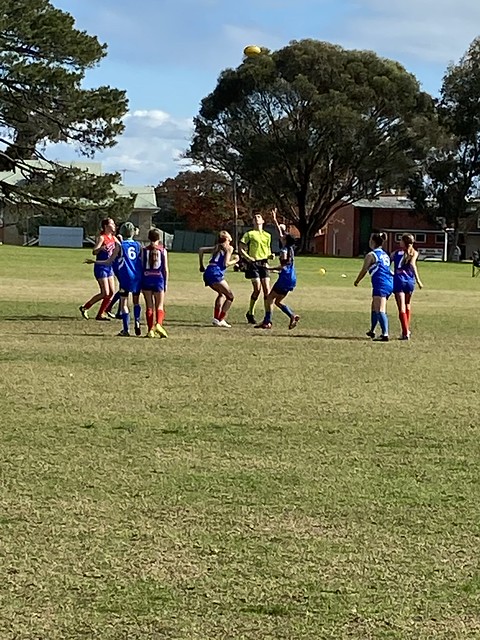 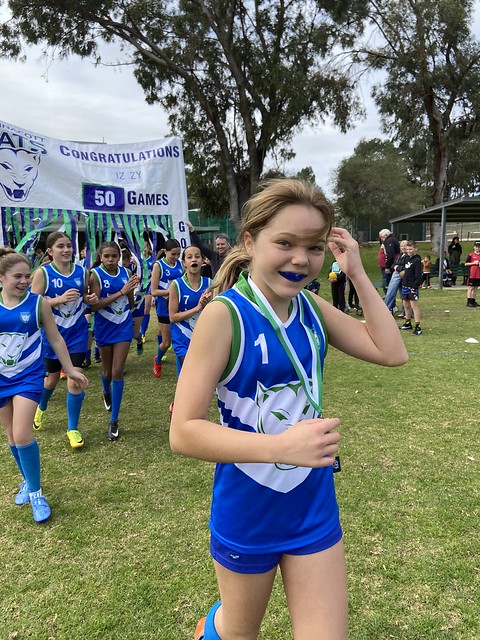