Our boys knew they would be up against it this week and had their work cut out for them from the starting siren.

The more skilful team deserved to win. They demonstrated beautiful set plays and wore down our defence, but the final score doesn’t do justice to the Panthers fight and our team didn’t give up.

An interesting stat to note is the Bulls have had all of 77 points scored against them this season after playing 7 different teams; after meeting twice the Panthers have scored 43 of them.

It’s fair to say that last year as Year 7’s, our rivalry with Palmyra was ‘spirited’.  They are a different side in 2020, but the rivalry remains strong.

Unable to hit the scoreboard at all in the first quarter, our boys began to steady in the 2nd scoring 2 goals 4 and holding Palmyra to a single behind. A strong 4th quarter booting 5 goals 3 saw the Kats run out eventual winners.

Many thanks to Levi Pursell (Year 7 Tigers), a late inclusion – we are suitably impressed!

The Kats went into the game knowing that they had never won at Booragoon. With only one on the bench and playing the full oval at Karoonda, we knew it was going to be a case of starting well and then maintaining the advantage.

Using the assistance of a slight breeze, the Kats forwards were presented with multiple attacking opportunities and opened up a nice lead with a 4 goals to 1 opening quarter.

The Bulldogs fought hard in the second, however the Kats enjoyed a 19 point lead at half time.

Saturday’s game was yet another example of how this group of young men have developed this season with team play and composure in defence a highlight.

The Year 3 Jaguars played Applecross Mt Pleasant for the 2nd time this season.

It was a closely fought battle with our team really showing courage.

The first aider was kept busy applying ice packs to lots of bumps. Thanks Colin

Best on ground were Leighton and Hadley. 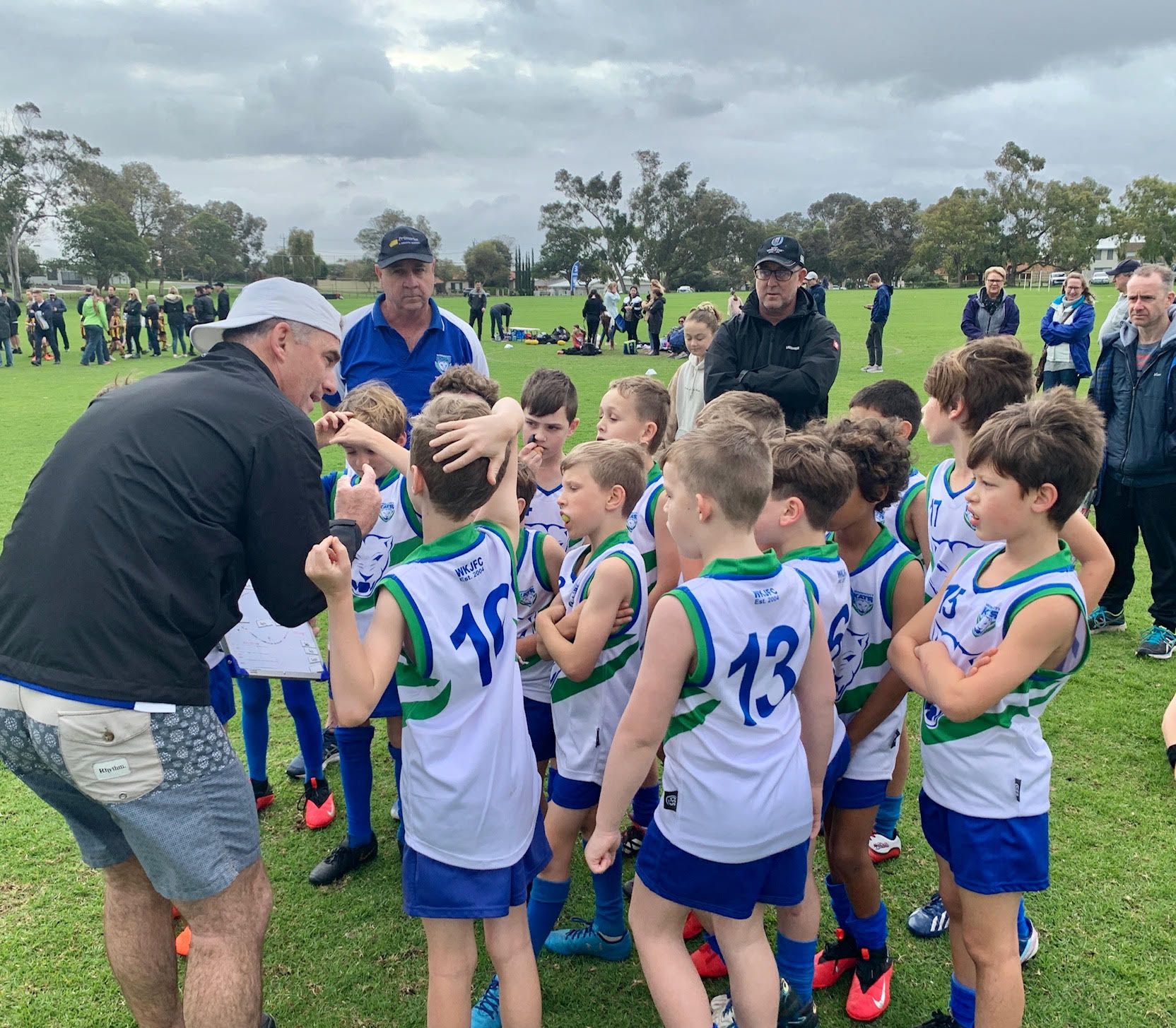 The Year 5 team had another very convincing win against Piara Waters at home.

Thankfully the rain stayed away, proving to the boys that they can put in a strong performance in all conditions.

With everyone playing so well it was once again hard to pick the players of the day, but the standouts were Taj Dunscombe and Luke Bickley.

The Year 10’s won the toss and chose to kick with the howling wind in the first quarter.

Opportunities in the forward line were limited, however good use of the footy and accurate kicking in tough conditions saw the Kats end the first quarter with a handy lead 2.1 – 13 to zero.

Kicking against the wind in the second quarter and a determined attack on goals by Canning Vale saw the Kats scoreless in the 2nd quarter. Canning Vale lead by 8 points at the half time break.

The Kats took control  of the game in the 3rd quarter and made the most of the strong breeze, kicking 4 goals 3. The highlight of the quarter was Aiden’s long bomb forward for a goal.

A determined and hard working back line made scoring by Canning Vale in this quarter impossible.

Great team work and sportsmanship between Oscar, Liam Z and Riley in the forward line resulted in the Kats only goal for the term.  Although Canning Vale out scored the Kats in the 4th quarter, it was the Kats who won the game.

Congratulations to the 10’s Vice Captain Ethan Yerkovich on celebrating his 100th game of Junior Footy for the Kats. 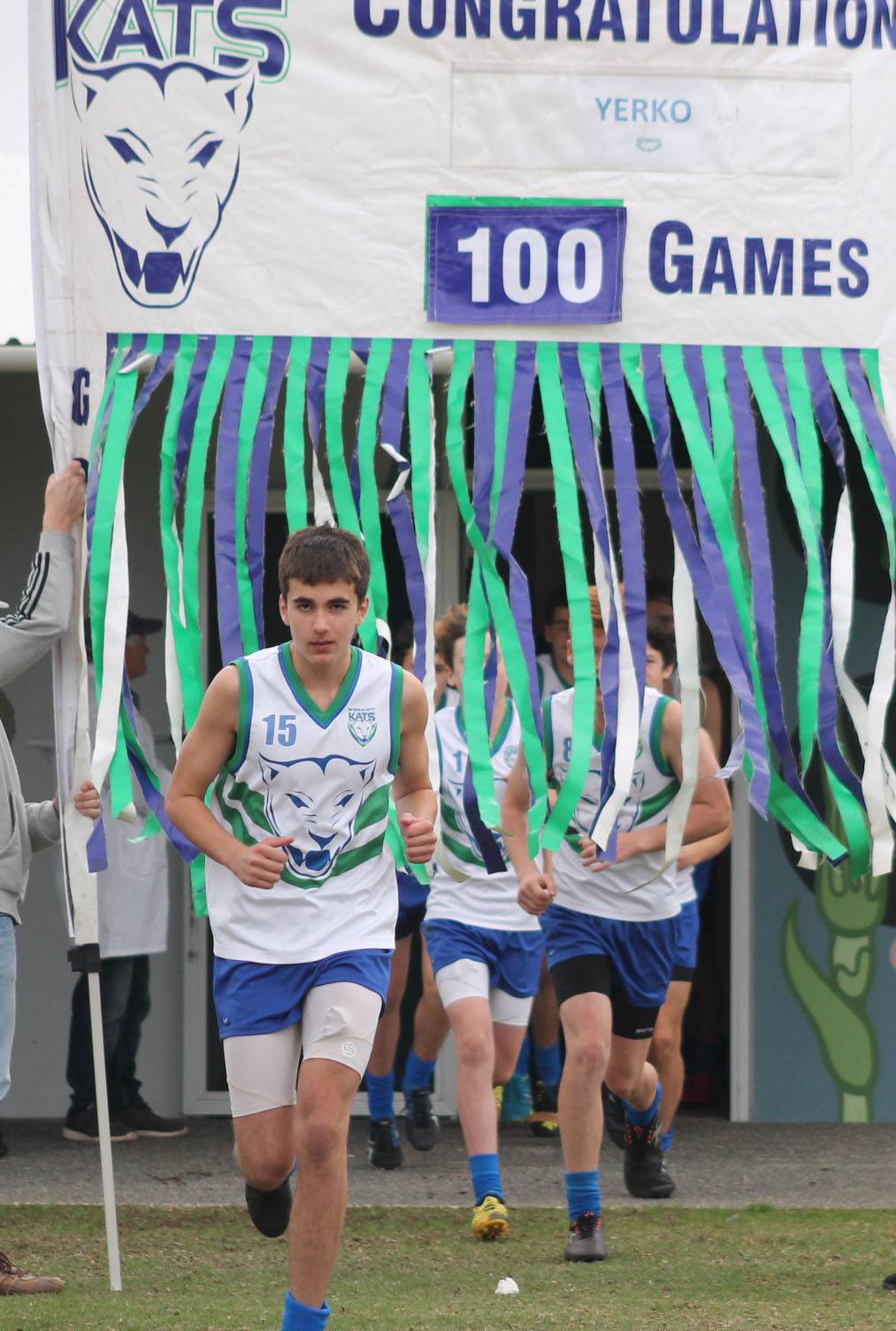 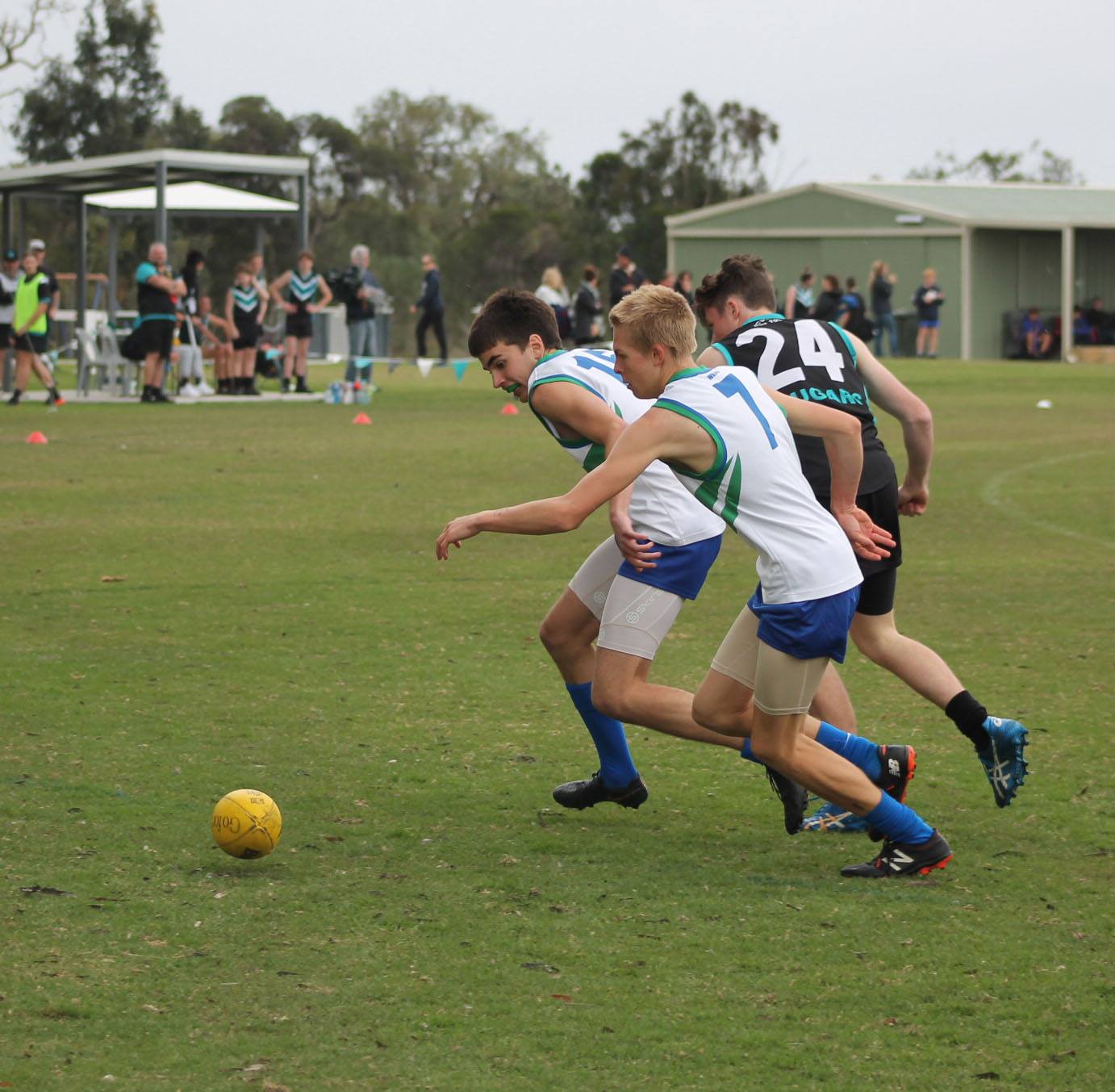 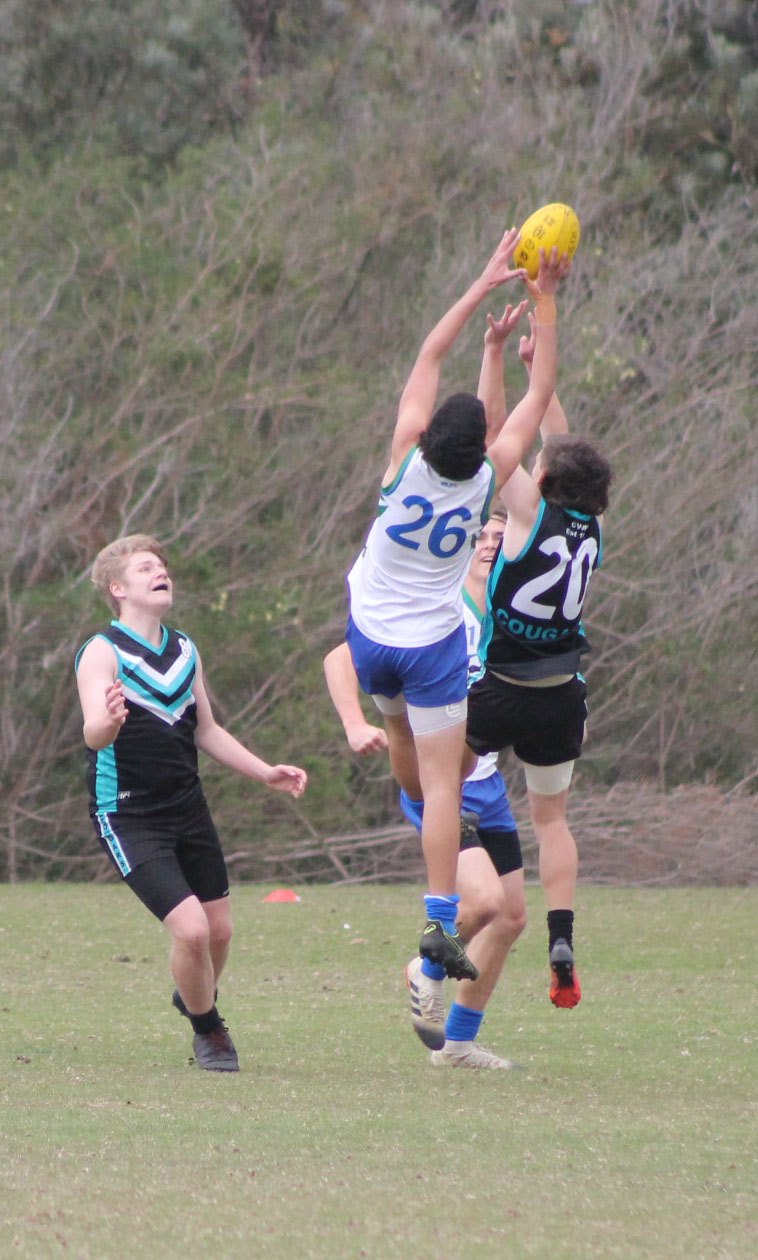 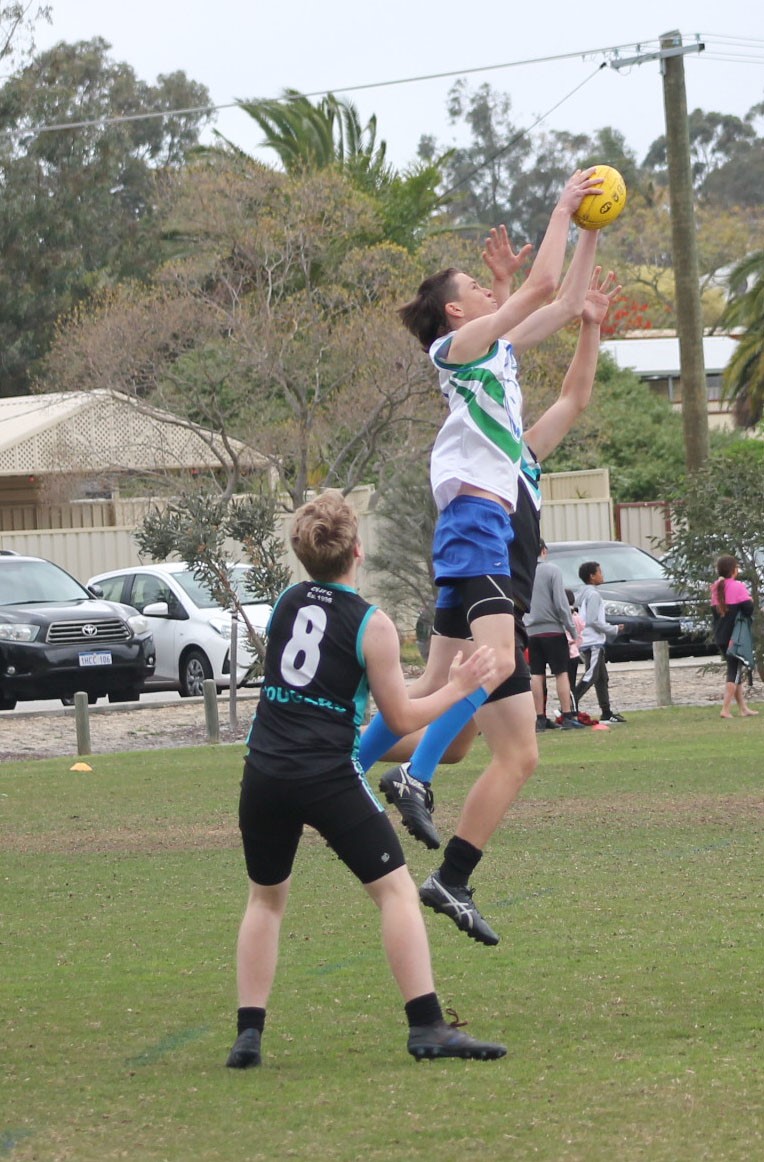 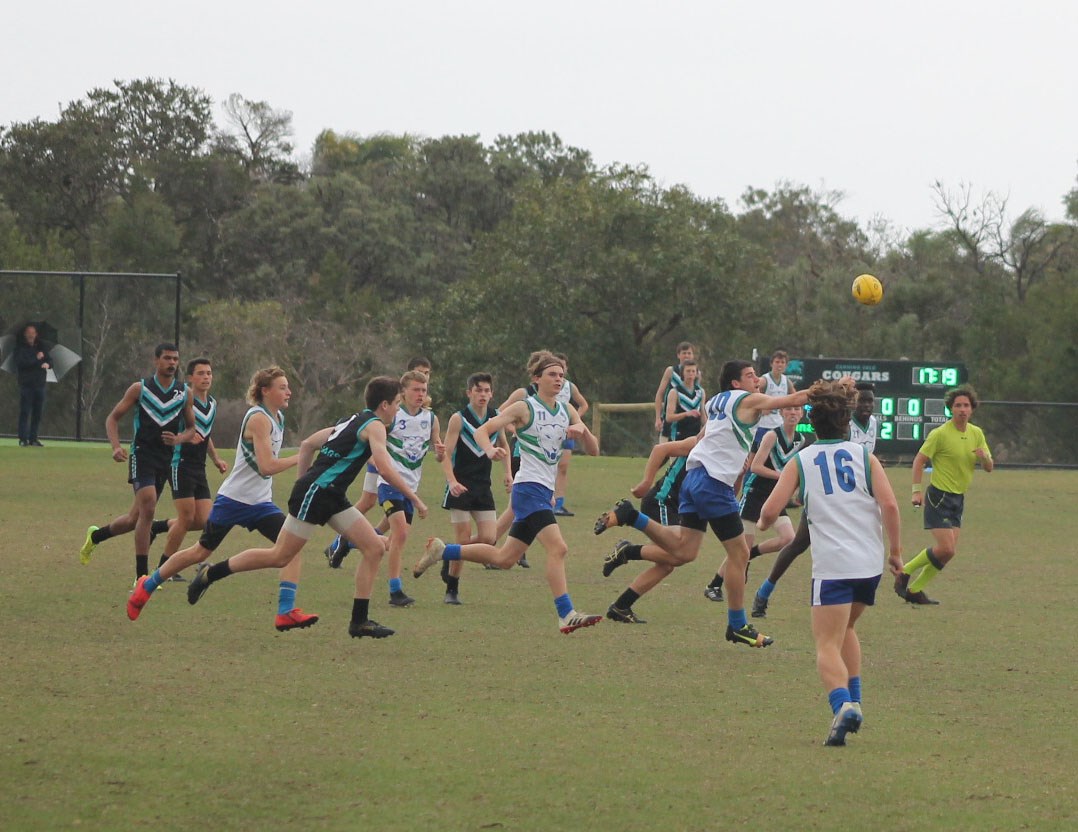 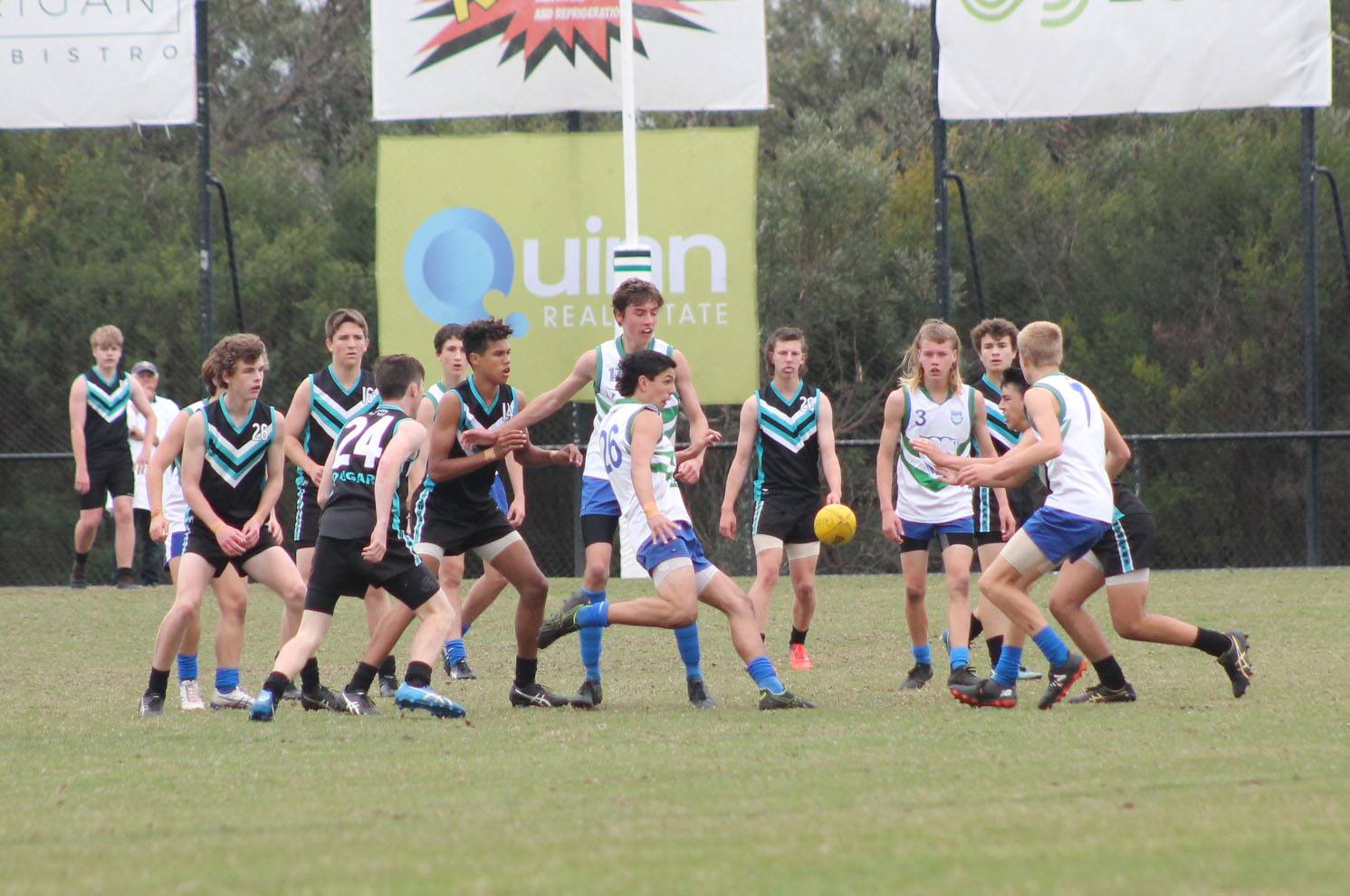 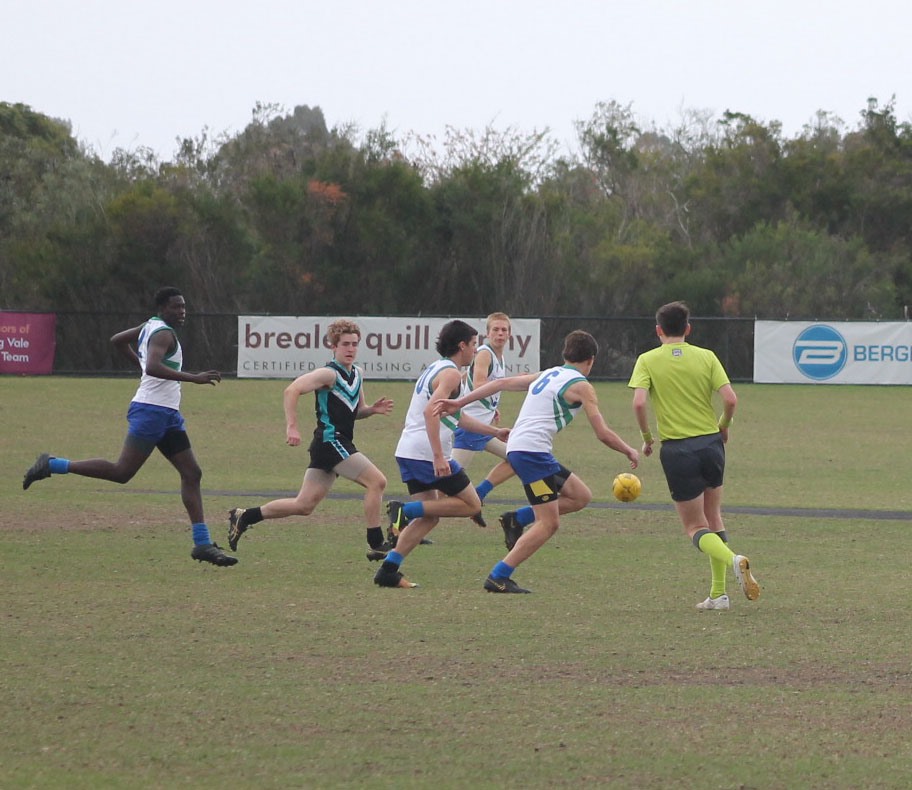 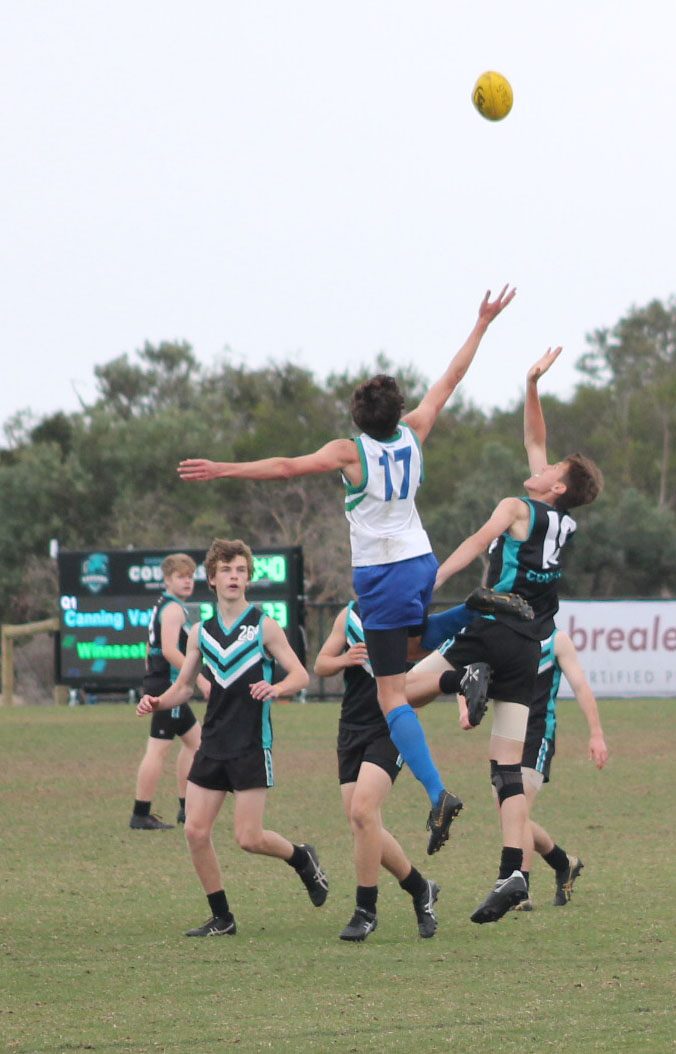 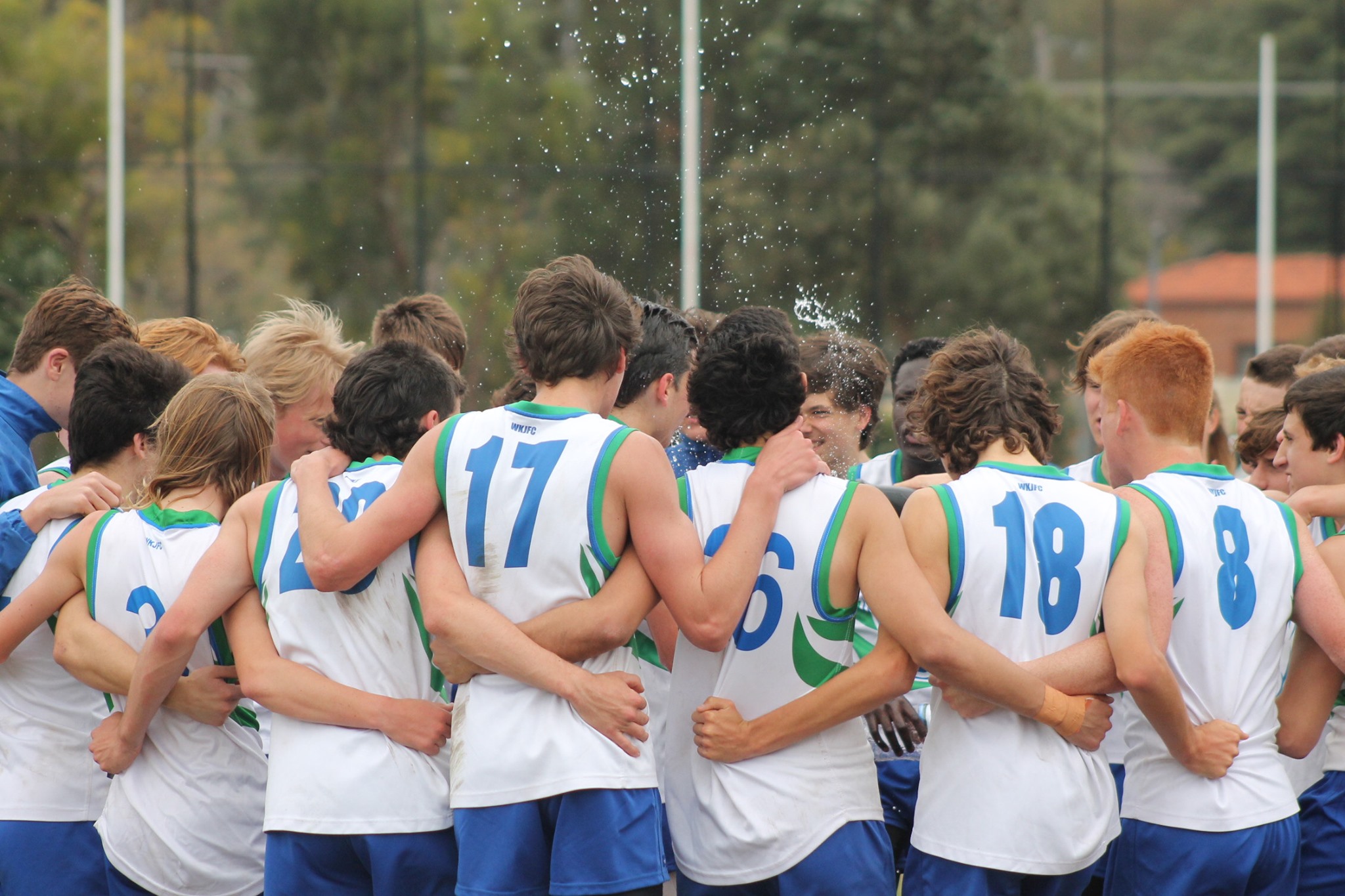