Not only was this was our first away game for the season, but neither team had lost a game so the boys knew there was every chance they would have to work hard.
We scored two goals in the opening 5 minutes and by quarter time we up by 4 goals.
This set the tone for the rest of the game and our boys led at each break.
The third quarter saw the backline working hard to get the ball out and despite having a fair share of the ball, good defensive pressure meant Freo City could only score points.
In the final spell Fremantle came back to score 3 goals 2 to our single goal, but it wasn’t enough and the Kats were victorious again.
Kats 9:8: 62 to Freo City Dockers 4:8: 30

An exciting day as we welcomed Deon, Nye and Junior from Clontarf Aboriginal College to the Club and Team.
To celebrate, the Year 9’s came away with a convincing win.
Winnacott Kats 20.16.136 to Kardinya Suns 3.4.22

The Year 4 Winnacott Jaguars played at home on Sunday 23rd May against Piara Waters Sea Wolves; beneath clouds, a small sprinkle of rain and a lovely rainbow above the clubhouse.
The Jaguars shared the ball around and all of our players had a good touch on the ball. Lots of exciting goals were scored by the Jaguars!
It was a tough choice for our team management and coaching staff for the Best on Ground.
Josh Pettman will be awarded at Tuesday’s training session for his absolute best effort in all positions he played. Well done Josh!

Winnacott Year 10’s played an undermanned Rossmoyne on Sunday 23rd May at Winnacott Reserve and like the previous week controlled the game from the initial siren.
The game was very one sided, however it was extremely pleasing to see the boys continue to develop their skills, attack on the ball and most importantly their sportsmanship.
A big shout out to Lawson, Bailey, Harvey, Cooper, Ben, Josh, Luke, Zac and Henry who all pulled on the Rossmoyne jumper for a quarter during the game.
The final score was 31:25 (211) to 0:3 (3).
Goals: Lawson (5), Jack, Nathan, Henry (4), Nic (3), Hayden, Josh (2), Sam, Xavier, Luke, Alex, Ky, Ben and Mitch (1).

The Kats have not played against Bull Creek Leeming for several years, therefore there were no insights in to the oppositions style of play pre game.
The Kats scored early in the 1st quarter and at the first break had a handy 19 point lead.
Winnacott continued to dominate play and ended up with their first win for 2021.
Kats 11.14.80 to Bull Creek Leeming 0.7.7
Congratulations to Ethan B who celebrated his 100th game and enjoyed the now customary shower of up ended drink bottles at the end of the game.
Goals – Tomas W (3), Mitchell (2), Jack B, Ben, Ethan Y, Riley, Terry, Fraser (1). 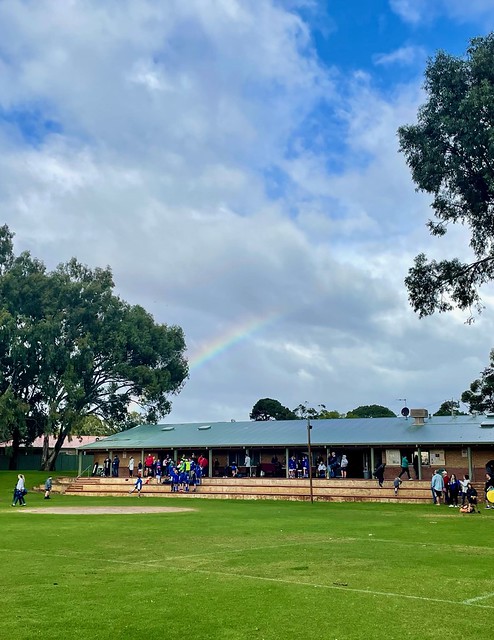