Hammond Park is a new team to us and it was obvious early they were opportunists when the Kats players slipped up.
Despite scoring the first goal the Kats were 1 goal down at quarter time.
By half time the lead had switched, but there was less than a goal in it.
Teamwork was slow to build in the second half and intense contests putting our boys under pressure added to the point count,
but Hammond Park were unable to score in the third quarter so the lead stretched to a more secure five goals.
The Kats were pumped by the coaches leading into the final spell. This earned them a goal in the opening play and the final score
was Winnacott 11:15: 81 to Hammond Park 5:2: 32 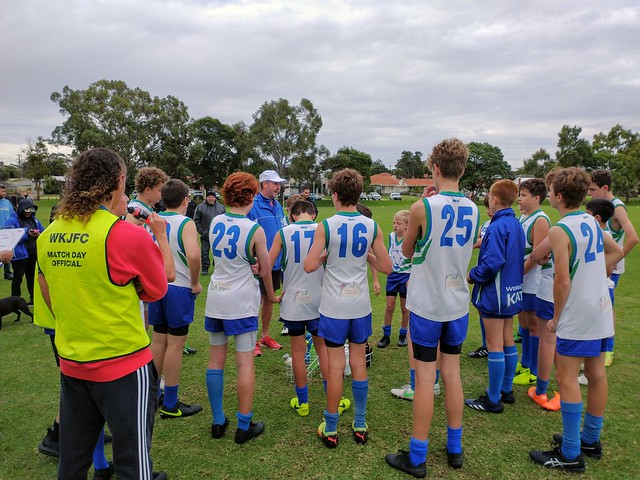 A nervous week in the lead up to this game with a number of our boys carrying injuries. In the end, 16 of our 18 played – shout out to Mitchell Atkinson and Ben Gatti who played up from the Year 8’s for us this week. Mitchell and Ben you carried yourselves very well in the older age group.
Final score:
FCD 6.5.41
Kats 18.11.119

The Year 4 Jaguars played the Piara Water Pirates team at 10am Sunday morning at Piara Waters.
The Pirates team came out strong in the first quarter scoring 6 goals! Our Jaguars clawed back over the next 3 quarters. But couldn’t grab a win.
Ryal was our best on ground for round 3. He is a legend!!! Played his position, did his best for the team and performed at his personal best. 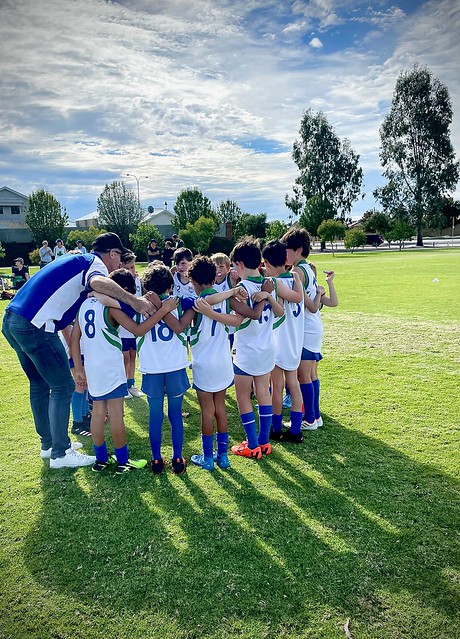 The Year 10’s played an undermanned Booragoon at Karonda Reserve on Sunday afternoon and generally controlled the play from the opening bounce.
The game was an opportunity to broaden the playing experience of the Kats players with new faces running through the midfield, 5 boys playing in the ruck, backs becoming forwards and vice versa.
Whilst the game at times was scrappy, it was great to see more and more of our training drills incorporated into game day play as well as the enjoyment shown from our traditional back men when they managed to kick a goal or three.
A big shout out to Nathan Martin who was quick to volunteer to play for the Bulldogs late in the 4th quarter.
The final score was Winnacott 24:19 (163) to Booragoon 2:1 (13).
Goals: Bailey, Ky, Jack, Ben, Harvey, Nathan (3), Luke, Zac, Lawson, Sam, Youp and Josh (1).

This was the 2020 Grand Final re match.
The Kats got off to a great start kicking 5 goals 2 in the first quarter and kept Canning Vale goalless.
A quieter 2nd quarter from the Kats, with only one goal and a determined Canning Vale kicking 3 goals 5.
A stronger performance by the Kats in the 3rd quarter saw them head into the final term with a 14 point lead.
The Kats had two players injured and a bench of one going into the 4th quarter. The Kats had three goal scoring opportunities, however on each occasion only a minor score was recorded. Canning Vale kept coming and again out scored the Kats to come from behind and win by 2 points.
Final score Kats 9.6 60 to Canning Vale 9.8 62
Goals – Jack B (5), Oscar, Tomas W, Chadd and Terry (1).
Jodie Zanoli2021-05-19T00:12:52+08:00
Go to Top