The last visit to Mundijong resulted in a 1 point loss, so with that, and last weeks sub par game in mind, the Kats were determined to come out hard and fast.

From the first siren there was a tackling intensity that was missing last week and this continued throughout the game.

Winnacott set the pace early and at the first change had kicked 7 goals. As soon as the Centrals cleared our midfield the

backs would put up a formidable defence, masterfully reading the play and creating a turnover.

Our accuracy slipped in the second quarter but still we added another 4 goals 4 points to the bottom line creating a lead of 11 goals.

After the break Mundijong came out with renewed vigour but it wasn’t enough to stop Kats momentum.

It was the final term when the Centrals claimed their first goal so we had another conclusive win with a margin that reinforced Winnacott Kats are the team to beat.

Congrats to Ben Gatti on reaching his 50 game milestone

The girls played really well against a pretty good side in South Coogee .

Lots of very good team effort in the form of smothers, shepherds and tackling .
In passages we moved the ball well and looked really good.

Overall the progression of the girls has been amazing.

A great group to have been involved with.

On a very warm August day the Kats were eager to get the win, however with only one on the bench the boys knew it would be tough.

After a dynamic first quarter that saw the Kats showcase some outstanding passages of play they only trailed by a goal at the first break.

The Kats determination to get ahead of the opposition continued in the second quarter and at half time the Kats had seven scoring shots to South Coogee’s nine – 5:4.34 to 2:5.17, yet South Coogee were now double the Kats score.

The Winnacott boys added 1.1 to the score in the 3rd term. South Coogee with a bench of five and a few Colts players available due to a South Fremantle bye had increased their lead to 33 points.
At the 3/4 time break the Kats’ Captain huddled his team together and delivered a colourful, but encouraging and heart felt speech, willing his team mates to dig deep in the final term.

The Kats never gave up, however the lack of bench rotations had left the boys out run and fatigued. The much sought after win wasn’t to be. 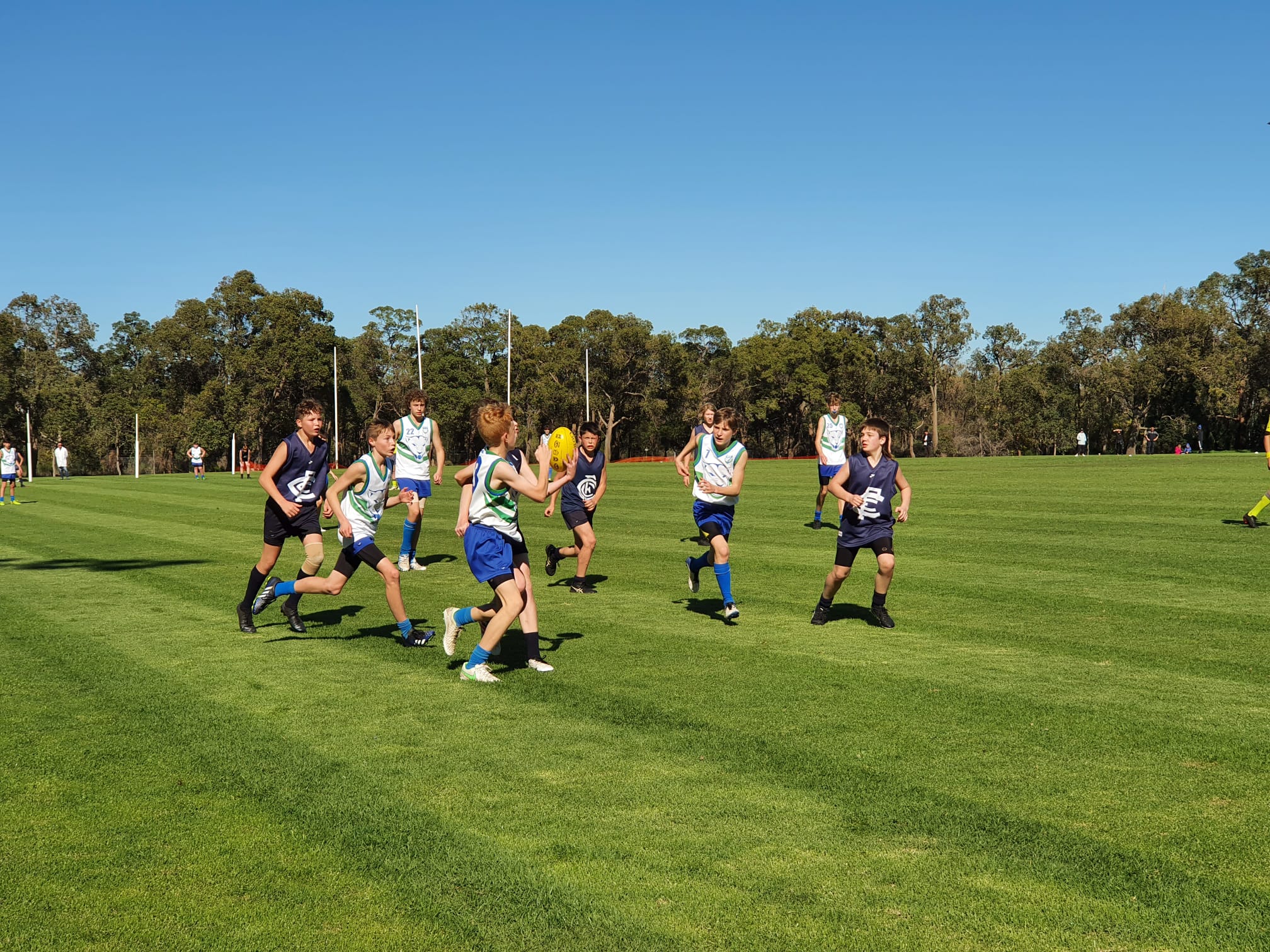