The Applecross Hawks invited the Winnacott Kats to participate in a smoking ceremony prior to the game to acknowledge NAIDOC week. Both teams wore their indigenous playing jumpers.

The Kats last played Applecross in round 2 and despite a gutsy performance lost the game by 11 points.

In very blustery, cold winter conditions the players took to the field hopeful of getting the win over the now 2nd placed Applecross.

The Kats were dominant from the bounce down, moving the ball quickly and effortlessly across the wet, stodgy field. Great team work resulted in 5 goals straight in the opening quarter. This was the start the Kats needed.

The Kats work rate dropped during the 2nd term and this provided Applecross with a chance to add 3.3 to their score.

At the main break the Kats held the lead by only 4 points.

Going into the 3rd term the Kats knew that a couple of early goals would be vital. The desperation from both teams was evident in the strong defence and bone crushing tackling.

Applecross out scored the Kats 2.1 to 1.1 and for the first time in the game held the lead by 2 points.
The last 20 minutes of play promised to be a real show down.

The players were tired and for the better part of the 4th quarter, all shots on goal, by both teams, only resulted in minor scores.

With 8 minutes of play left, Winnacott kicked a goal and extended their lead to a 6 point advantage.
Applecross moved the ball forward and in the last 3 minutes of play really tested the Kats defence.
The Kats phenomenal backline positioned themselves perfectly, marking and punching the ball to stop a late, but determined effort by opposition. The intensity of play, so late in the game in wet conditions was outstanding.

A great win to the Kats. 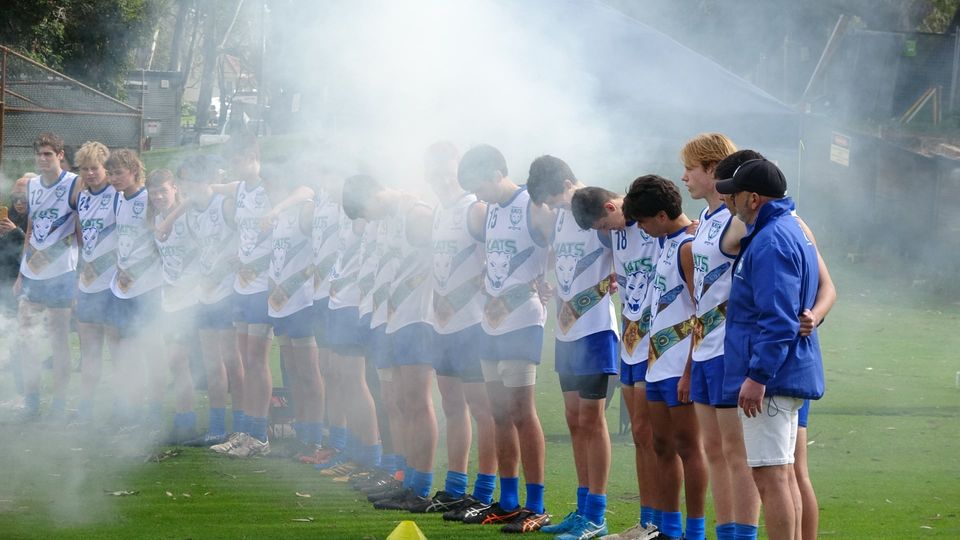